Stained Glass for All Saints' Day 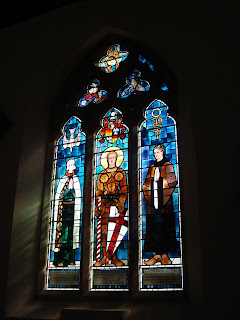 Because it's All Saints Day, and because I heard a sermon this morning about how saints are stained glass windows to God, here's an assortment of stained-glass depictions of saints.

(There's a pun somewhere in the fact that stain/saint share the same letters - I did consider 'sainted glass' as a title for this post - but I can't get to it. Assume I made one, and we'll move on).

The picture above, from Ringwood in Hampshire, is at the top of this post because I don't know who the saints are (except St George in the middle) but I love the colours anyway. So they're standing in for all the saints.

Let's start with one of my favourites, St Joseph: 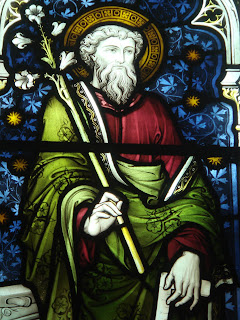 From the church at Freshwater, Isle of Wight. Also from Freshwater (which, because of its connections with Tennyson, also contains this stunning window of Sir Galahad - not a saint but as close as a fictional character can get!), this is St Dorcas: 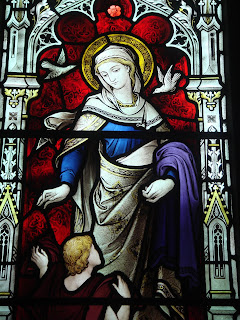 Her wikipedia article claims that depictions of Dorcas in art are "very rare", but maybe they're just looking in the wrong places; I see her all over the place. This is from the church at West Stourmouth, near Canterbury: 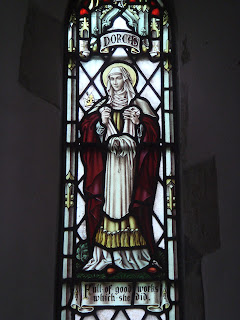 But this gentleman is a rarer sight, I would think: 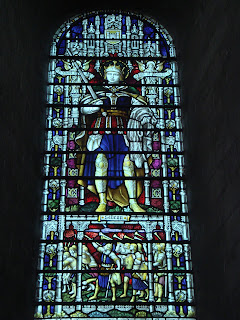 More popular is St Cecilia, of course (this is from Littlebourne in Kent): 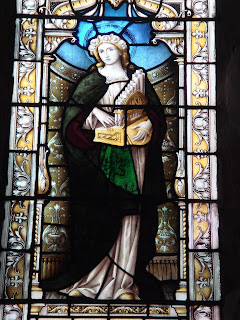 And St Michael (from the chapel at Carisbrooke Castle, Isle of Wight): 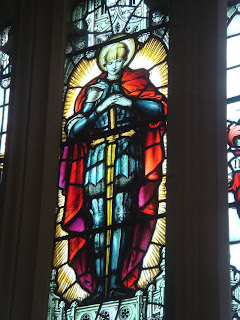 Another beautiful St Michael here, along with St Chad (on the left) and St Hugh of Lincoln: The most famous depiction of Thomas Becket, from Canterbury Cathedral: 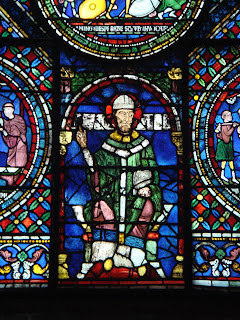 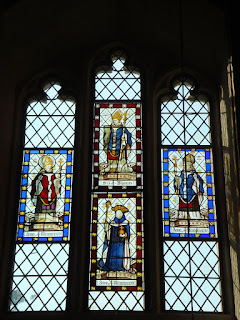 Sunlight St Anne, teaching the Virgin Mary to read, from Selworthy in Somerset: 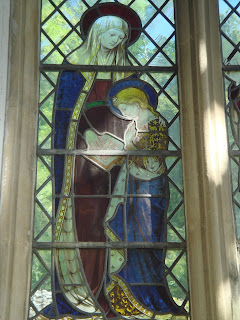 And two other saintly women, both from St Winnow in Cornwall: 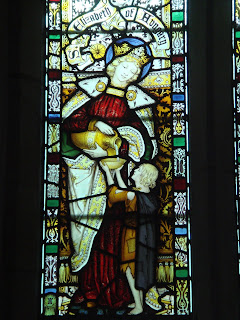 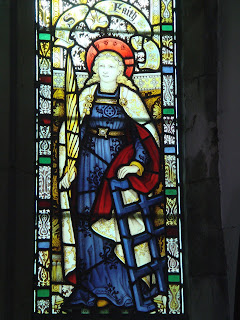 From the same church, some Cornish saints - not a good picture, alas, but when else will I ever get the opportunity to mention St Winnow and St Nectan? 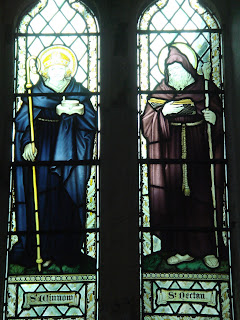 St Catherine, from the chapel of Edward the Confessor in Canterbury Cathedral: 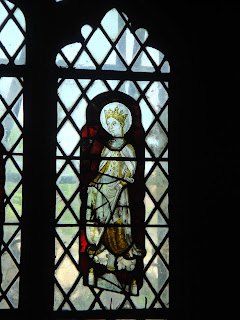 St Catherine is one of my name-saints, so I had to include her.

And now for some real genuine medieval stained glass, which if I were a proper medievalist I would have put front and centre, and about which I would have something intelligent to say; I don't though, except that they're all, for some reason, really cute. Here's two medieval depictions of St John the Baptist, one dramatic (and not so cute), one rather more peaceful: 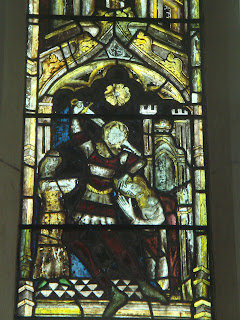 (This is from the church at Wickhambreaux in Kent, which has an incredible stained-glass east window...). 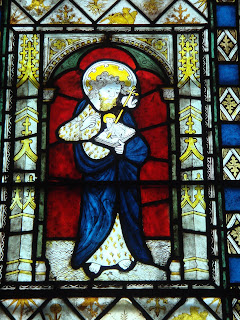 From Elham, Kent (I love that little lamb!).

The rest are from St Winnow again, and are dated c.1460s. St George is easy to identify: 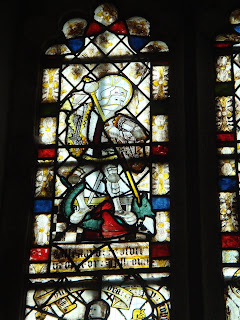 Isn't that adorable? He looks like a little cartoon character! I think it's the squat body and spindly legs... And this St Michael too is similarly cuddly: 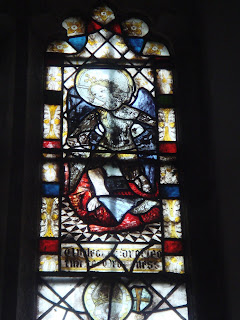 There's a close-up of St Michael's face in process of restoration here, which is pretty cool. All the glass seems to have been cleaned since I visited in 2008, and it looks very different now.

This may be St Winnow (probably this Winwaloe): 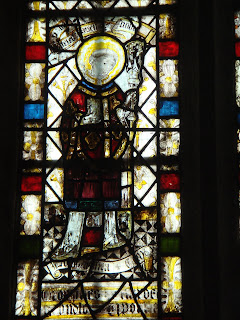 And this is apparently St Leonard: 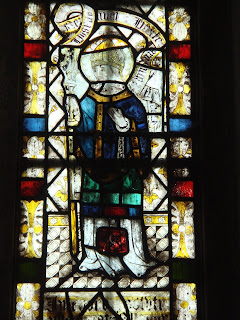 And this is Mary Magdalene: 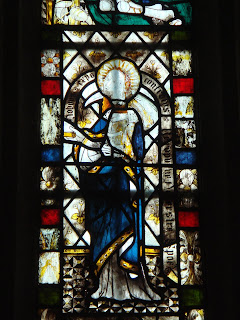 That blue is gorgeous.

That exhausts my supply of stained-glass saints. Medieval saints as depicted in stained glass have featured in the following posts:

This is getting to be an obsession. Perhaps I should write a book.
Posted by Clerk of Oxford at 7:48 pm