'At early morn the day-light springeth' 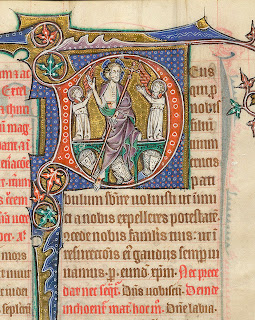 This little poem for the dawn of Easter Day is a translation of the first two verses of Aurora lucis rutilat, an Easter hymn attributed to St Ambrose (you can listen to the hymn here). It dates to the early fourteenth century, and comes from a manuscript (Oxford, Merton College, MS. 248) which belonged to John Sheppey, Bishop of Rochester, who died in 1360. His manuscript is a collection of sermons by Sheppey and others, enlivened by short English verses, translations of Latin hymns - I posted another of them, 'Steadfast Cross', here. This is simple enough, but rather lovely: the rhyming couplets work nicely and there's something charming about seeing those all-purpose Middle English words of happiness, 'merry' and 'blithe' and 'glad', applied to something as earth-shaking as the triumph of the Resurrection!

'Ernemorwe', the only apparently difficult word in the poem, is actually just a compound from OE  'ærmorgen', early + morning. The phrase 'þe dayli3t spryngeþ' suggests, of course, not only the dawn of Easter morning but Christ the sun 'springing' from the tomb. A modernised version:

At early morn the daylight springeth,
The angels in heaven merry singeth,
The world is blithe and glad,
The fiends of hell are sorrowful and mad,
Now that the king, God's son,
The strength of death hath overcome:
Hell's door he broke with his foot,
And out of torment us wretches he took. 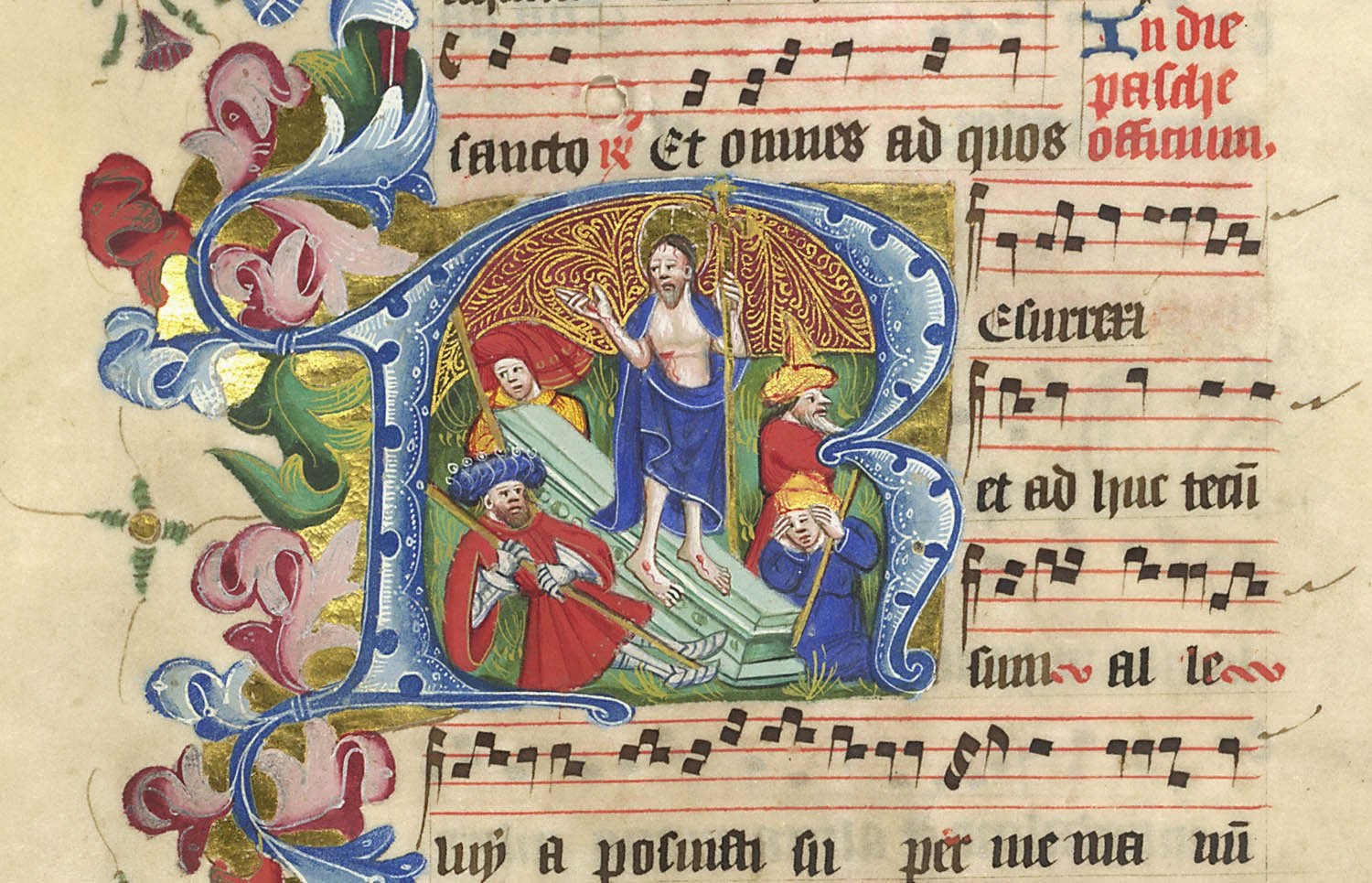 Here's Lassus' version of the hymn: