An Anglo-Saxon Hymn to St Dunstan 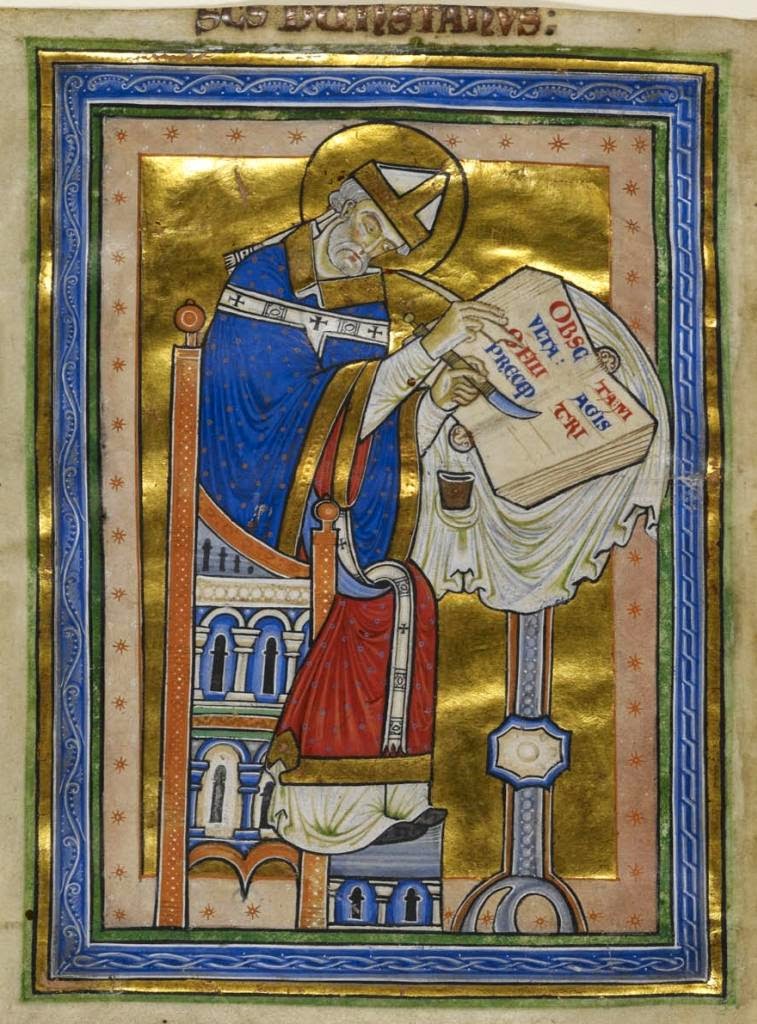 Today is the feast of St Dunstan, one of the greatest saints of Anglo-Saxon England - statesman, archbishop of Canterbury, scholar, monk, musician, metal-worker, and noted tormenter of devils. The multi-talented Dunstan, who died on 19 May 988, is a fascinating saint for a number of reasons: an influential figure in a formative period for the Anglo-Saxon church and state, adviser to successive kings and credited with a leading role in the tenth-century monastic revival, he was also for centuries after his death a genuinely popular saint in England and beyond. Two years ago I wrote a series of posts with my seven favourite stories about him, starting here (and it was hard to narrow it down to seven!); there you can read about Dunstan's skill in metal-working and music - and magic (alleged) - as well as his various encounters with the devil and posthumous miracles.

This is a hymn to St Dunstan for use on his feast-day, which was probably composed at Canterbury early in the eleventh century.

Hail Dunstan, star and shining adornment of bishops, true light of the English nation and leader preceding it on its path to God.

You are the greatest hope of your people, and also an innermost sweetness, breathing the honey-sweet fragrance of life-giving balms.

In you, Father, we trust, we to whom nothing is more pleasing than you are. To you we stretch out our hands, to you we pour out our prayers.

Your sheep, holy shepherd, are oppressed by troubles on all sides. See how we Christians are being slaughtered by the swords of the pagan nation!

Offer, O priest, the sacrifice to Christ of most welcome prayers, so that by them he may be appeased and release us from the iron fetters of our transgressions.

Through them may heathen peoples and harmful diseases depart from the lands of the English and the sons of the church.

In the manuscript, the 'Durham Hymnal' (Durham Cathedral, B.III.32), this hymn has an Old English gloss, which tells us that Dunstan is, among other things, a 'tungel 7 wlite scinende biscopa' and an 'arfæsta heorde', 'orþiende wyrtbræþa swetnyssa, liflicra hunigswete'. It seems likely that the 'swords of the pagan nation' (swurde þeode hæþenre) mentioned in the fourth verse are neither hypothetical nor hyperbolic; they must be the swords of the Danes, who were pressing close on Canterbury and the whole of England in the first decade of the eleventh century. Archbishop Dunstan had lived through a few decades of respite from Viking attacks on England, but the last years of his life saw a return of raiding along the sea-coast, which was to increase in intensity, and spread further inland, in the years following his death in 988. In those years the first Lives of Dunstan were composed, along with this hymn and a number of prayers to England's newest saint. We could probably picture the monks of Canterbury singing this hymn on St Dunstan's day 1011, not knowing that within a few months the Danish army would occupy and burn the city itself, and capture and kill Archbishop Ælfheah. Ælfheah had been a protégé of St Dunstan, and strenuously promoted his cult at Canterbury, so this hymn may well have been written at his instigation. This context adds great poignancy to the hymn: never had Dunstan's sheep had greater need of their shepherd's prayers. 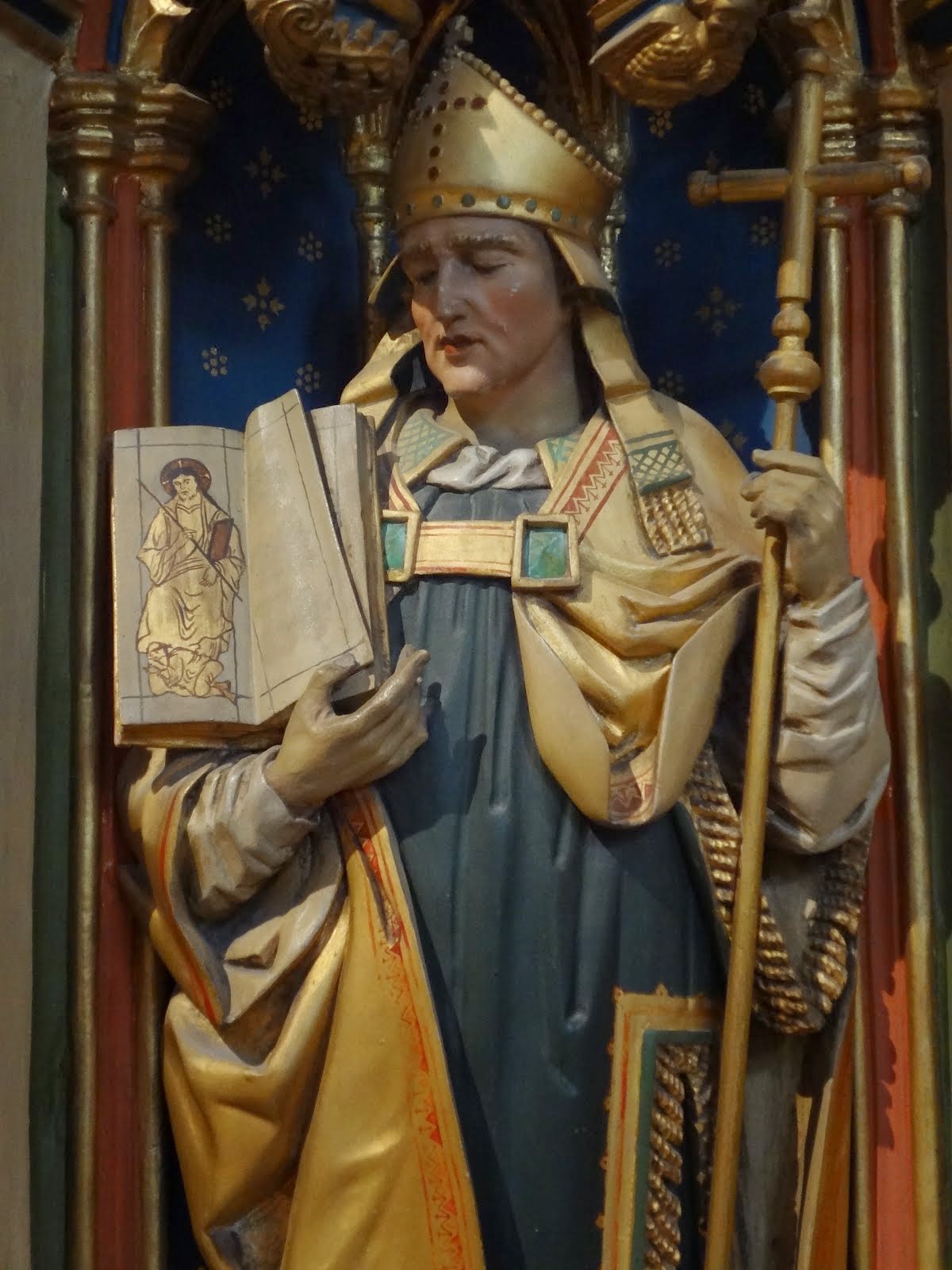 Dunstan in Canterbury Cathedral
Posted by Clerk of Oxford at 7:59 am