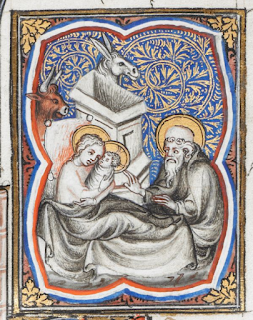 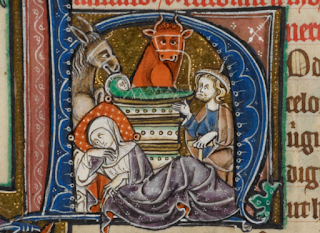 Nativity from BL Stowe 12, which is (like John of Grimestone) from 14th-century Norfolk
Posted by Clerk of Oxford at 6:27 pm 5 comments: