'Lighter and brighter than the radiance of the sun in summer' 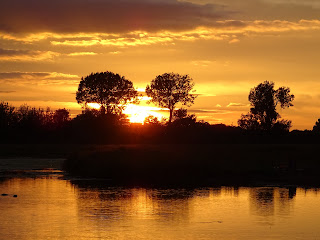 It's Midsummer Eve, and here's a medieval midsummer metaphor, from the Book of Privy Counseling.


It reminded me of this, from the Old English Boethius:

This was a great comfort to me, a few years ago, one midsummer when the world seemed winter-dark.
Posted by Clerk of Oxford at 8:28 pm 1 comment: