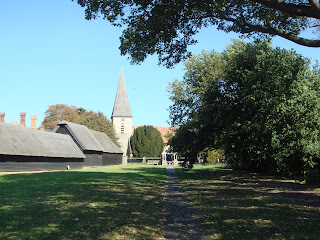 The little church at Ickham in Kent was the subject of one of my first church-visiting posts (and still, I think, my favourite). The first time I went there in 2009 it was late in the afternoon of New Year's Eve, and the light was fading fast; the church was all shadows and grey bare glass. The invisible, unlighted Christmas tree reaching out feathery branches into the darkness only added to the strangeness of the experience. But I went to Ickham again last year on Michaelmas Day, and it was like a different place; I never got round to posting those pictures last year, so here they are now. 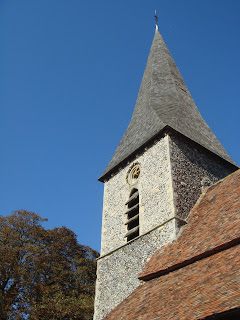 This was the same Michaelmas day I went to Canterbury Cathedral and found it suffused with golden light; that was at Evensong-time, and the light at Ickham, earlier in the day, was no less warm and honey-coloured.  The sky was cloudless blue, the leaves were just beginning to turn, and it was quiet as nowhere can be quiet but a country village on an autumn afternoon.

Around the church, the trees were bright with yew berries. 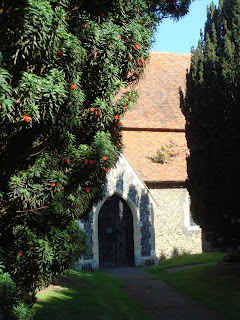 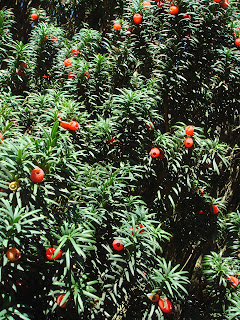 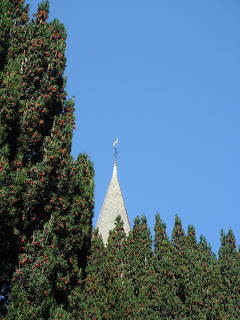 The church is dedicated to St John the Evangelist, and there he was amid the flint of the porch, just as he was there, looking much greyer and darker, when I visited on Old Year's Day. 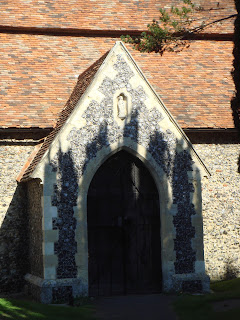 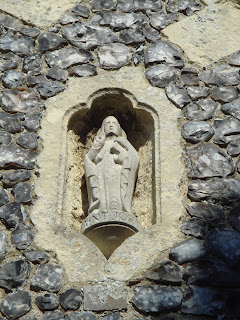 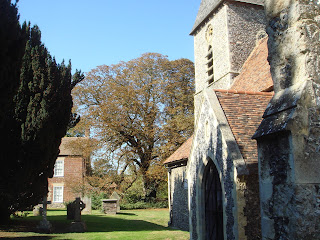 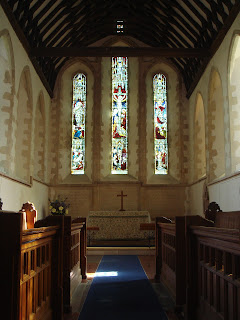 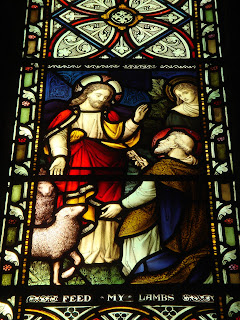 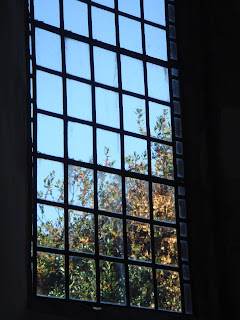 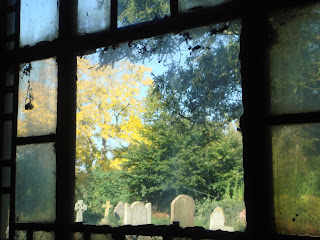 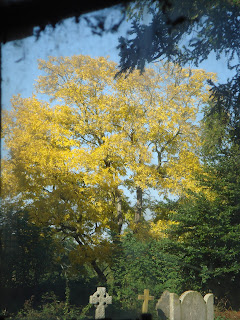 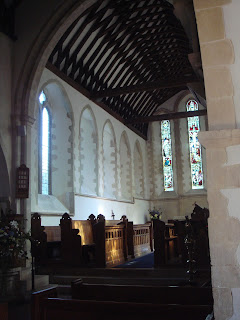 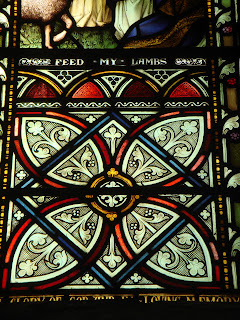 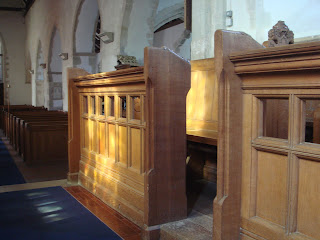 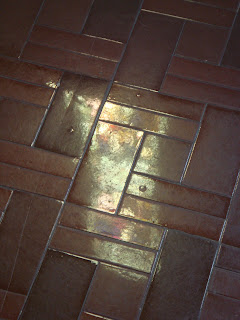 This tomb is the effigy of William Heghtresbury (William Heytesbury), a fourteenth-century logician and philosopher who was a Fellow of Merton College, Oxford, and Chancellor of the University from 1371-2.  Despite his starry academic credentials, when he died in 1373 he chose to be buried in this church where he had been Rector in the 1350s. 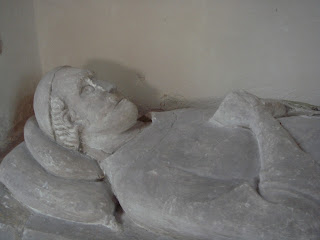 First the scholar, then the knight; this effigy is of Sir Thomas de Baa (or Bay).  Someone had placed a dried stalk on his breast, where his sword might have been. 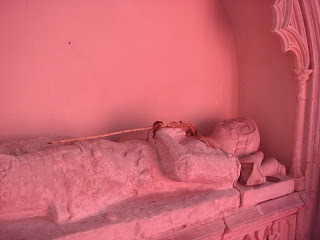 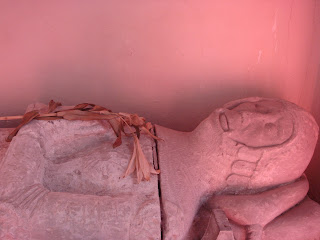 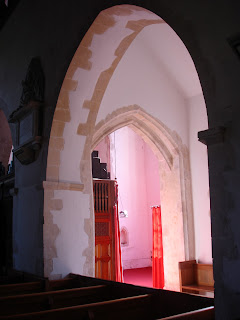 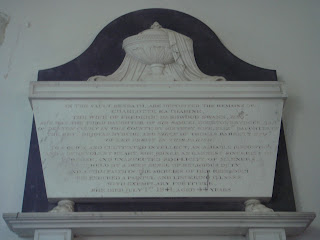 A memorial to Charlotte Katharine, daughter of Sir Samuel Egerton Brydges (who sounds like quite a character!) and wife of Frederick Dashwood Swann, who died in 1841: "To a quick and cultivated intellect, an amiable disposition, and a benevolent heart, she joined an earnest sincerity of purpose, and unaffected simplicity of manners, upheld by a deep sense of religious duty and a firm faith in the mercies of her Redeemer." 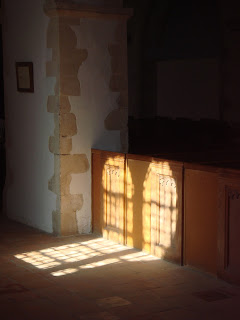 I liked this photograph on display of the church choir in 1928.  Ickham is such a tiny village - where can they ever have found so many choir members? 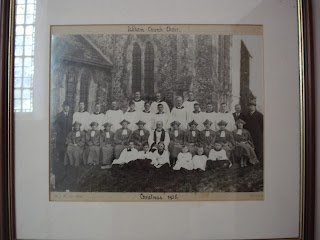 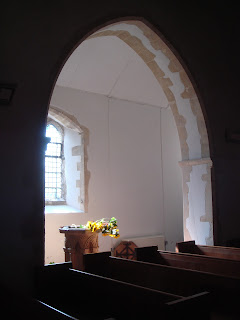 At Christmas, the font was filled with holly and ivy and painted pinecones; this time it contained sunflowers, bright but drooping, as if as a reminder that summer was over. 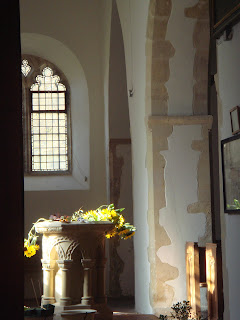