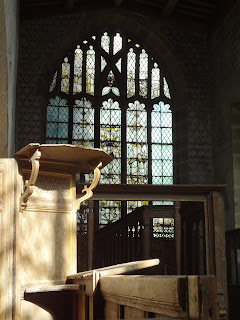 From Haddon Hall, again. The glass is from the early fifteenth century and was recently restored - to its former glory, I was about to say, and in this case it's not a cliché but a literal truth. For some before-and-after pictures of the glass undergoing conservation in 2007, see this link. 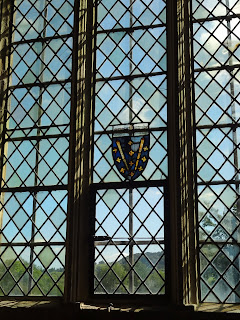 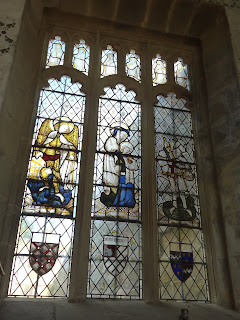 This is St Michael, with the most extraordinary wings, made of golden feathers like interlocking pieces of armour: 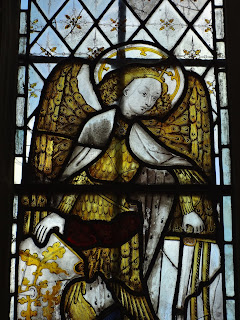 His goldenness reminded me of the 15th-century painting of St Michael on the screen at Westhall, but this figure is even more splendid. If you enlarge the picture of the whole window, you'll see the blue dragon he's trampling on. 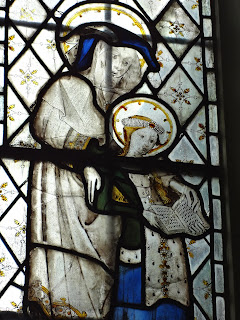 And a mighty St George, who even with his ginger moustache looks more fearsome than some distinctly cuddly medieval depictions: 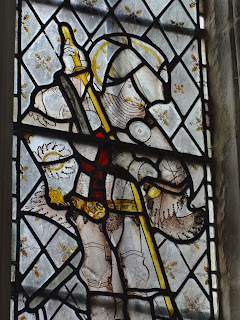 Details from the east window: 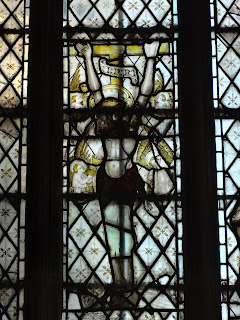 (Enlarge to see the little angels hovering around Christ...) 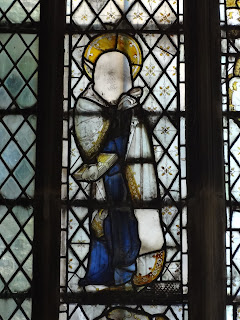 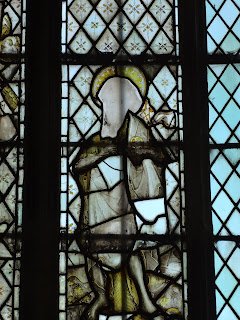 The faces of the Virgin and St John were stolen in 1828, but high up above the main scene are these delicate figures: 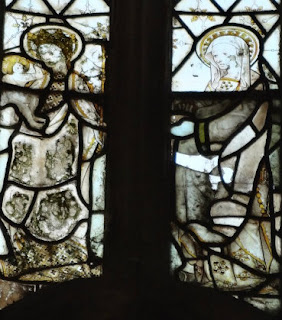 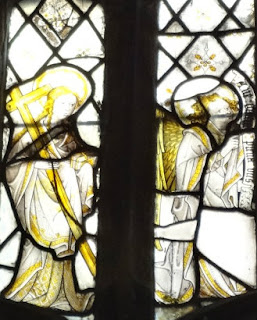 The kneeling figure, as you may be able to guess, is Gabriel, and his scroll reads 'Ave Maria...' 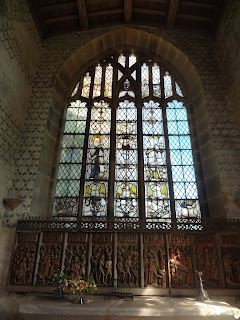 I promise to post about something that isn't Haddon Hall tomorrow!

These pictures make me feel like getting on a plane and visit Haddon Hall. Thanks for sharing.

Excellent - that was the intended effect!