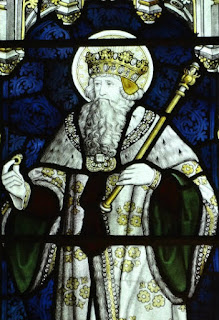 Today is the feast of Edward the Confessor, about whom I've posted many times before, so here's a favourite miracle-story about Edward which - perhaps surprisingly - credits this most problematic of Anglo-Saxon kings with a playful sense of humour. It's recorded by the anonymous author of the eleventh-century Vita Edwardi Regis, the first Life of St Edward. Despite its title this text is only partly about Edward himself; it was written for his wife Eadgyth, daughter of Earl Godwine, and is as much about her father and brothers (much more dynamic and interesting characters than Edward!) as it is about her husband. It's worth reading if you ever get the chance: it's the closest thing we'll ever get to the perspective of Queen Eadgyth herself on her extraordinary family. There are character sketches of Harold and Tostig - Harold, patient and wise, 'a second Judas Maccabeus, a true friend of his race and country', but 'rather too generous with oaths (alas!)', Tostig liberal, pious, powerful in his self-restraint, and with 'bold and inflexible constancy of mind', both distinctly handsome and very brave. There's also an intriguing insight into Cnut's relationship with Godwine ('revered by all Englishmen as a father', apparently) and an interesting description of Eadgyth herself. Plus a bit about Edward the Confessor, if you like that sort of thing.

Anyway, here's the miracle. A blind man has just come to King Edward to be healed, and has been sent water from the saint's morning ablutions. He claims the touch of it has cured him, but Edward wants to check and make sure:

The king, therefore, with pious curiosity, came unto him in the chapel, and, calling him to him, inquired whether he could indeed see. This the man began to affirm and gave thanks to God. To test the truth of the words, however, the king, as pure as a dove, stretched forth the palm of his hand, and asked for an account of his action. "You are stretching out your hand, O my lord king," the man replied.

Our precise author rather obscures the humour of this story with his dry delivery, but it is, I think, meant to be at least a little amusing. The 'how many fingers am I holding up' method of testing miracles! 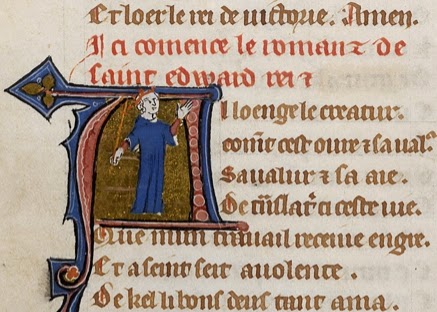 I still have a fondness for the Old Norse leek story, though.... 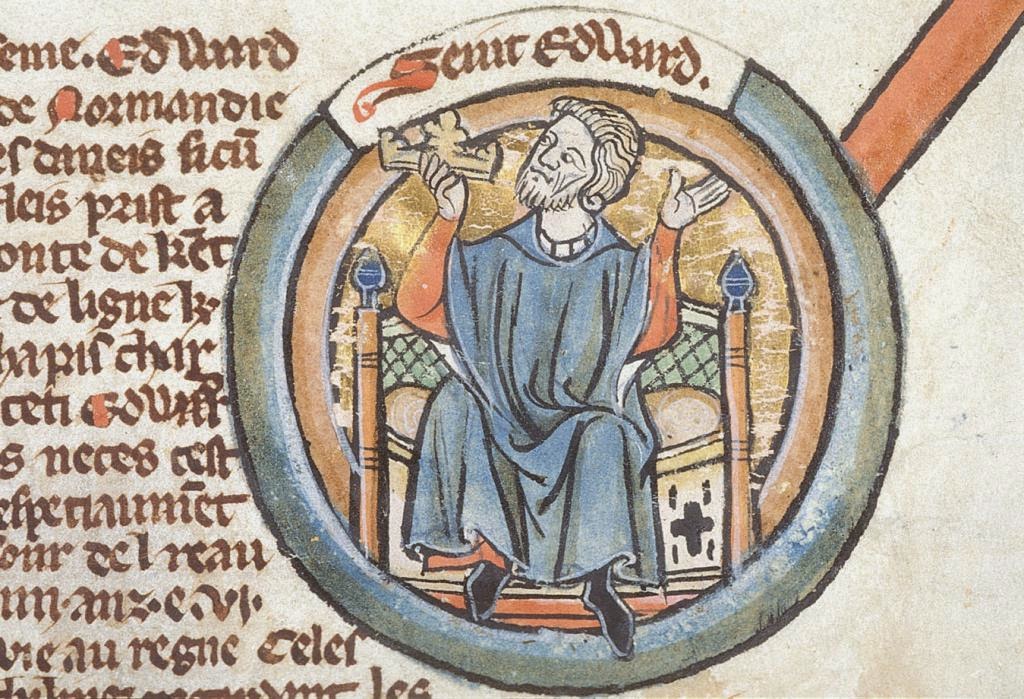