A Miracle of Wulfric of Haselbury 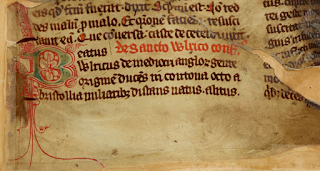 Wulfric of Haselbury, who died on this day in 1154 or 1155, was an anchorite who lived in a cell attached to the church in the Somerset village of Haselbury Plucknett. He was noted for his miracles of healing and prophecy, and though he was never canonised, pilgrims were still travelling to his shrine at the time of the Reformation; tales about Wulfric were collected in oral tradition in Somerset as late as 1900.

He's of particular interest because not long after his death a detailed account of his life was written by the prior of Forde Abbey, full of information about the life of a twelfth-century anchorite in a medieval village. There's a useful translation of the Life of Wulfric which you can peek at on Amazon here, but the first reference to Wulfric is by Henry of Huntingdon, who was a contemporary of Wulfric (they were born probably in the same decade, and died possibly in the same year, 1154). After recounting the miracles of a number of earlier English saints, Henry brings his record right up to date by telling the story of how Wulfric

always wore a hauberk next to his flesh to subdue his turbulent passions, and begged a new one from his earthly lord, since his own was almost worn out and torn in pieces by his sweat. He put on the new one, but was enraged at its length, because it might be seen below his garment. So he snatched up the shears and cut the soldered iron rings at the bottom in the opening of the sleeves, as if it were linen cloth. The servant of God applied the shears a second time, in case there was any unevenness, cutting it through without delay or difficulty. Seeing this, his lord was filled with immeasurable joy and sank down at the holy man's feet. The man of the Lord was embarrassed, pulled him upright, and swore him not to tell anyone what he had seen. But it could not be kept secret. For many religious devotees rejoiced to have rings from the holy hauberk, and the famous story has travelled everywhere through all parts of the kingdom. I would not have included this miracle in this cautious and carefully researched work, except that Pope St Gregory gives the narrative of father Benedict and other saints, partly from what he had heard from a fellow monk and partly from other extremely reliable witnesses. The story of Wulfric is attested by those who have seen parts of the hauberk, or visited his delightful presence, or heard his desirable speech, or have freely sought out the religious life and taken it up themselves, and it is also spread among all the people and is commonly known everywhere.

Miraculous scissors which could cut through metal would come in handy...

The lord mentioned in Henry's story is Wulfric's patron, William FitzWalter, who owned the village where Wulfric was born, Compton in Somerset. Wulfric was born of English parents in c.1090, and ordained as a priest at a young age; at first he lived a worldly life, hawking and hunting, but when he experienced a religious conversion and decided to become a hermit, William FitzWalter placed him at Haselbury and supported him thereafter. Being a hermit with a Norman lord as your patron was not a bad career choice for an Englishman in the twelfth century. One very telling story in the Life of Wulfric describes how Wulfric heals a mute man so that he is all of a sudden miraculously able to speak, in both English and French. Brihtric, the English priest of Haselbury, and usually a good friend to Wulfric, is furious: he rails at Wulfric that he has helped this man to speak two languages, even though, after all their years of mutual assistance, he's never helped Brihtric speak French, and so Brihtric is embarrassed when he goes before the French-speaking bishop and is unable to talk to him. A very interesting spotlight on linguistic relations in twelfth-century Somerset. 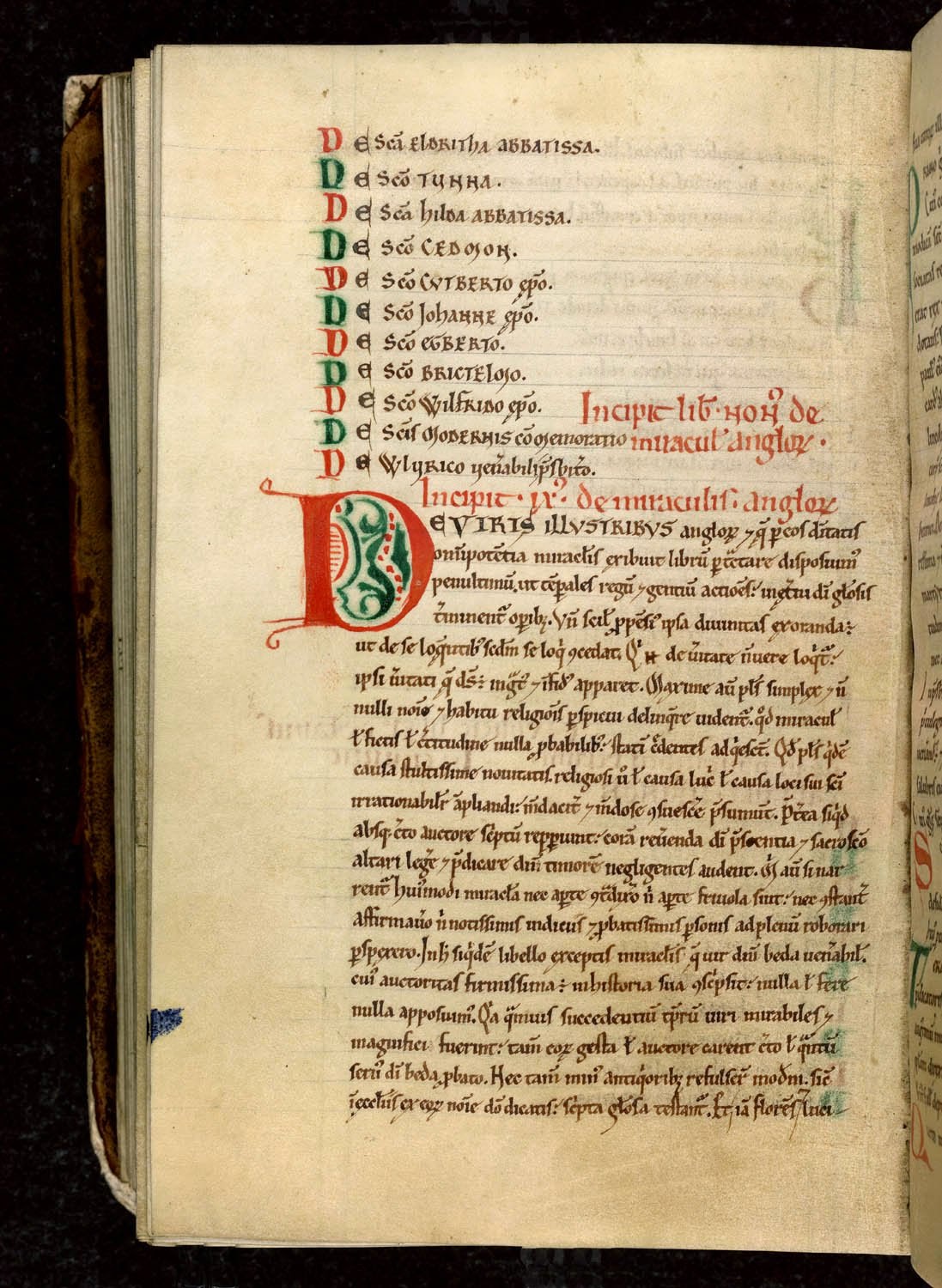