This is a haunting little verse from the early fourteenth century, a translation of a passage from St Augustine's Confessions (Book 8, chapter 5):

The Latin passage precedes the English poem in the sole manuscript (Oxford, New College MS. 88), in the form quoted. The wordplay in the Latin is on modo ('presently', in the translation), but in the English poem it's on the word þole. The lazy person tells God 'þole a litel!', meaning 'wait a bit, be patient'; the OED says that 'thole a while' is still an expression in some northern English dialects (though its latest citation is from 1896). But, as the MED entry helps to illustrate, þole also means 'endure, undergo', and so the last line of the poem hints at the sorrow which awaits this dilatory soul, whose lazy response to God to 'wait a while' turns into a never-ending delay.

'Suffer' has a similar double meaning, and so the poem might be translated:

Lord, you called me
But I never answered thee
Except with words slow and sleepy:
'Suffer yet, suffer a little!'
But 'yet' and 'yet' was endless,
And 'suffer a little' a long way is.

Once this poem is stuck in your head, it will never leave; it's not a bad reminder not to put things off! 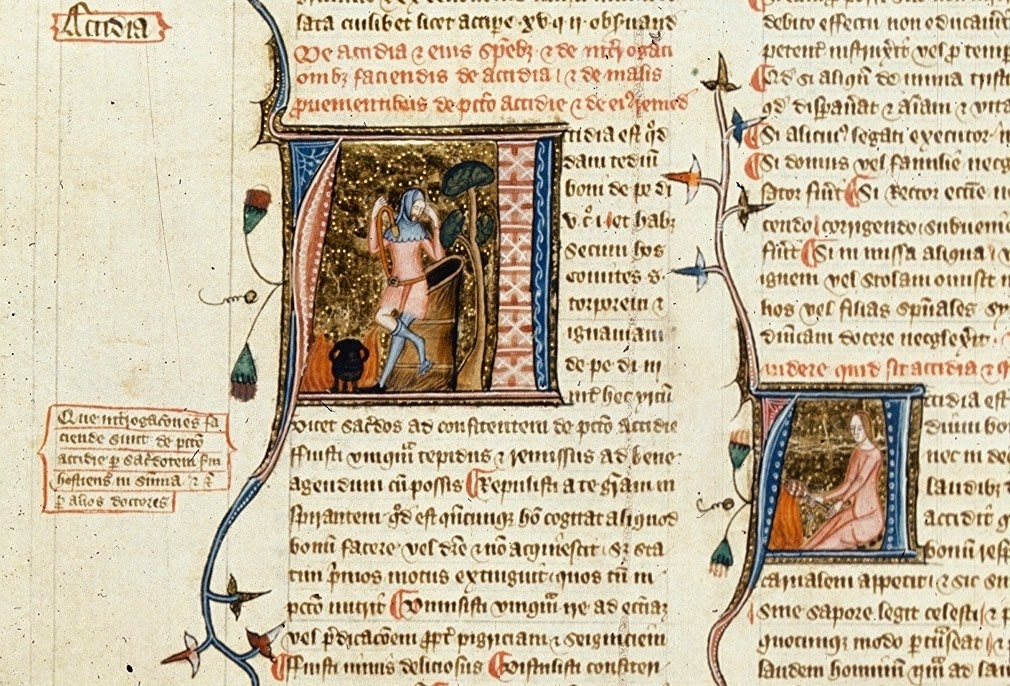 It does, doesn't it!

Thanks for yet another lovely blogpost. I really enjoyed the selection of texts here, and I was reminded of a sonnet by Lope de Vega Carpio (1562-1613):

Or in the English translation by J. M. Cohen, from the Penguin Book of Spanish Verse:

What have I that you sue for my friendship?
What interest bring you, dear Jesus,
to spend the dark winter nights
at my door, covered in dew?

Oh how hard was my heart that I did not
open to you! What strange madness was it if
the cold frost of my ingratitude chapped the wounds on your pure feet?

How many times did the angel say to me:
"Now, soul, look out of your window,
and you will see how lovingly he persists in knocking!"

And how many times, oh supreme beauty,
did I reply: "I will open tomorrow",
only to make the same reply upon the morrow!


A different rendition can be found in Geoffrey Hill's sonnet cycle Lachrimae, published in his collection Tenebrae.

Thank you! For the poem, and also for the word "thole" with its multiple meanings. Would that be connected to the word "dule" in the Scottish ballad "Edward, Edward", where the mother insists that "some other dule ye dree-oh"?

Interesting question! I wasn't sure, so I looked it up. 'dule' is a form of 'dole' ('sorrow'), but although it looks so much like 'thole' they have no etymological relationship - 'dole' is from the French 'doel' and 'thole' has an unconnected Germanic root. So there you go. Thanks for prompting me to explore another little bit of linguistic trivia!

Thank you for chasing up the possibility!

(This is me to a T! Thank you for your precious blogs.)
I seem to remember that 'thole' means 'bear' in Scots, and I'm reminded of the English expression 'bear with me'.