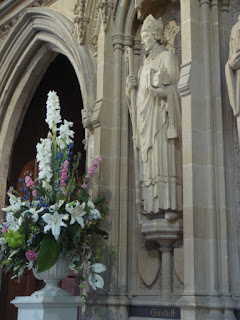 8 March is the anniversary of the death in 1108 of Gundulf, one of the first post-Conquest bishops of Rochester. Gundulf came to England a few years after the Norman Conquest, apparently to be Lanfranc's right-hand man in his new position as Archbishop of Canterbury; in 1077 Gundulf was made bishop of the other Kent diocese, where he remained for the rest of his life. Among his other achievements, he was a skilled architect: he is credited with overseeing the building of the White Tower, the keep of the Tower of London, as well as Rochester Castle and the cathedral church at Rochester. He's of interest to me not just because of his role in the post-Conquest English church but also because he was a life-long friend of St Anselm (they became monks at Bec in the same year, 1059) and the subject of a short biography, written by a monk of Rochester who had probably read Eadmer's life of Anselm. Three brief passages from that biography brought Gundulf to life for me - and so here they are.

The quotations are from The Life of Gundulf, translated by the nuns of Malling Abbey (West Malling, 1984) - Malling was originally founded by Gundulf. 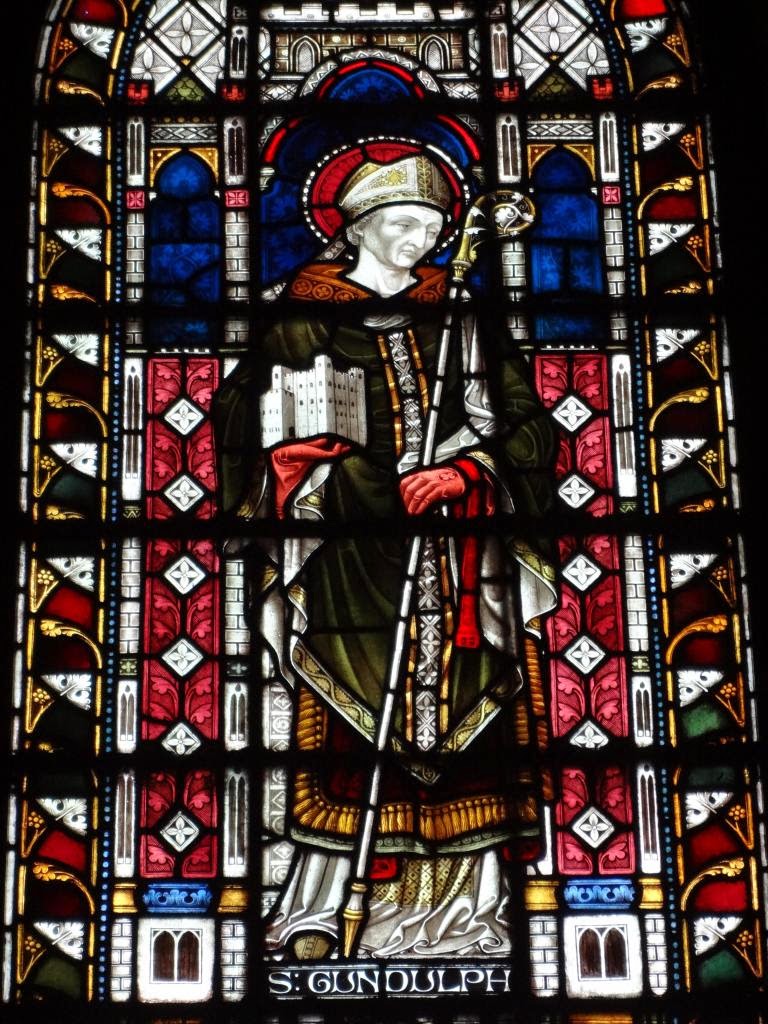 His biographer says that, after becoming Bishop of Rochester,


there were times when he was greatly pressed in his unremitting care of the poor, or hindered by his duties as steward, or had no place where, hidden from the eyes of men, he could spend himself before God as was his wont in prayers and tears. At night he would take a candle and go out as if to see whether his horses had been properly cared for, settling himself on the top of their manger or hiding away in some other corner. Then, as he had been unable or unwilling to do in the day with others watching him and, with an ardour that matched his seclusion, he laid up in heaven the sweat of his toil, watered by his sobs in prayer and his most sweet compunction. 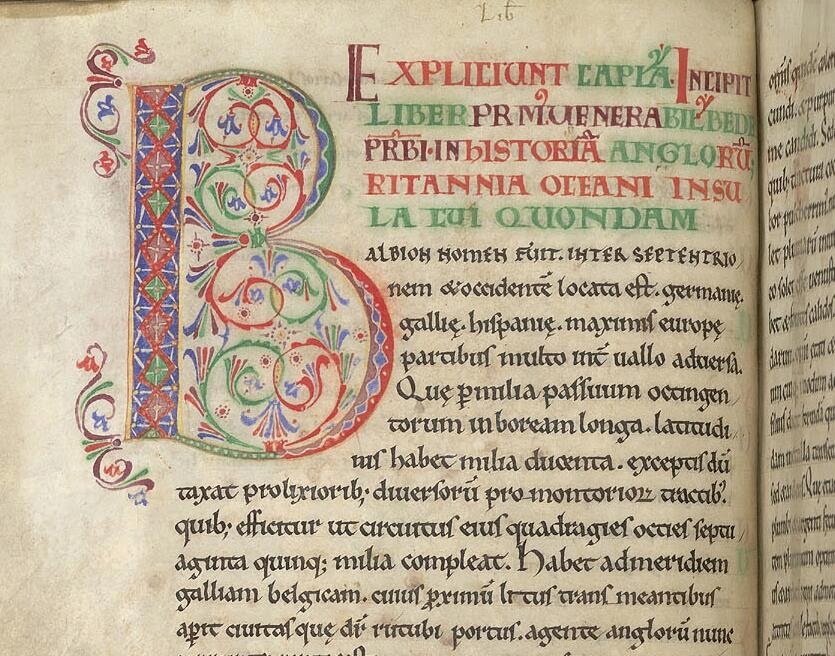 Gundulf had a devout practice of offering two Masses a day, and his biographer says that at the second Mass, while the boys sang the offertory chant, 'Domine Jesu Christe' or 'O pie Deus', Gundulf would sit on his sedilia listening and weeping:

It was his custom moreover when he heard some sweet melody or the pleasant sound of chiming bells, or anything of that kind, to sigh deeply and say, 'O how great must be the joy in heaven where the praise of God is heard continually and without discord forever! When the human hand or tongue shall be able to of their own power to express such concordant melody!'


A music-loving introvert - from these anecdotes (not unusual for saints' lives, but perfectly plausible), Gundulf appeals to me. There are also lots of other stories in the Life about his piety and his concern for the poor, of course. 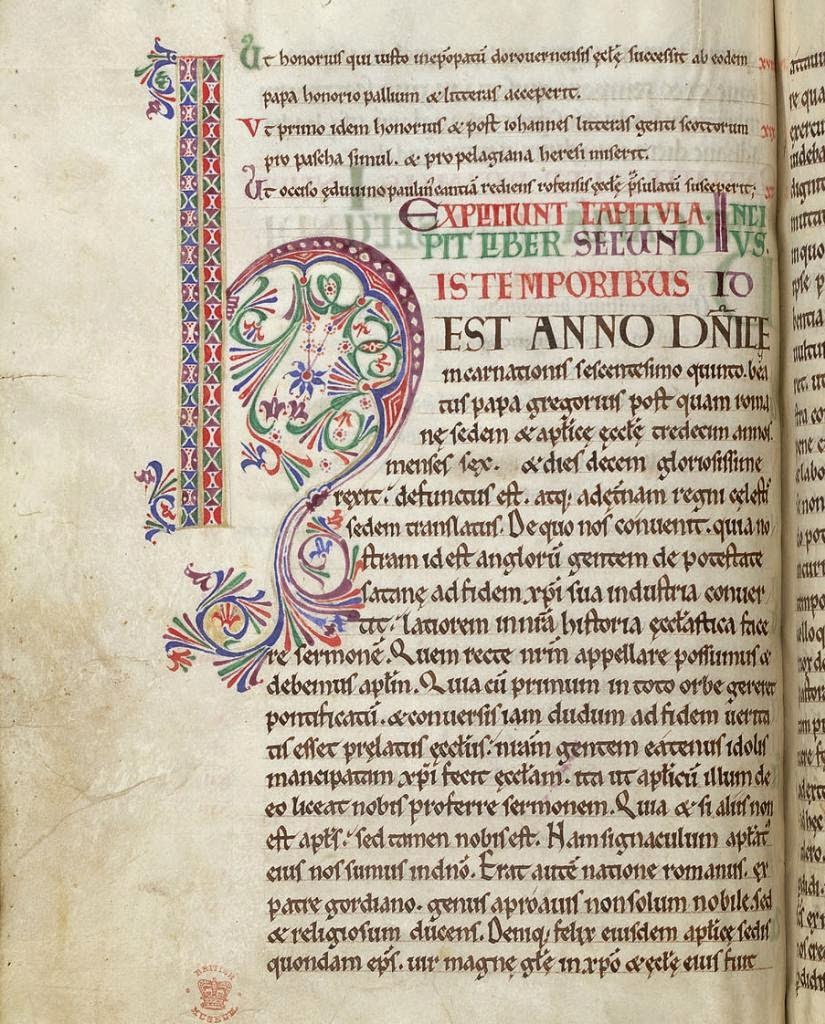 The third passage I liked records a conversation between Anselm and Gundulf, in which the two men discuss whether they are able to remember everything they hear in church.  Anselm says, “I do indeed endeavour earnestly to remember everything that I hear there, but it more often goes out of my head when I try to take in everything at once.” Gundulf replies, “For myself I do not give equal attention to everything that I hear, but select from it all one thought which appeals most to my heart and, holding it fast, I draw from it some sweetness of divine love. In the same way, if several kinds of good are offered to a sick man he does not take them all but picks out the one he finds most palatable, perhaps some fruit, so that it may be an efficacious remedy in his weakness." The biographer comments: "these were his words, and we who were sufficiently familiar with his life from what we saw and heard can testify that this was constantly his own practice." It's funny to see the biographer presenting Gundulf here as the wiser of the two friends - taking a little bit of pride in his own bishop, even at the expense of one of the greatest minds of the Middle Ages.

Anselm conducted Gundulf's funeral after he died on 8 March 1108, the third Sunday in Lent; he was aged around 85, and had been a monk for 51 years and a bishop for 31. Anselm himself died a little over a year later, in April 1109. 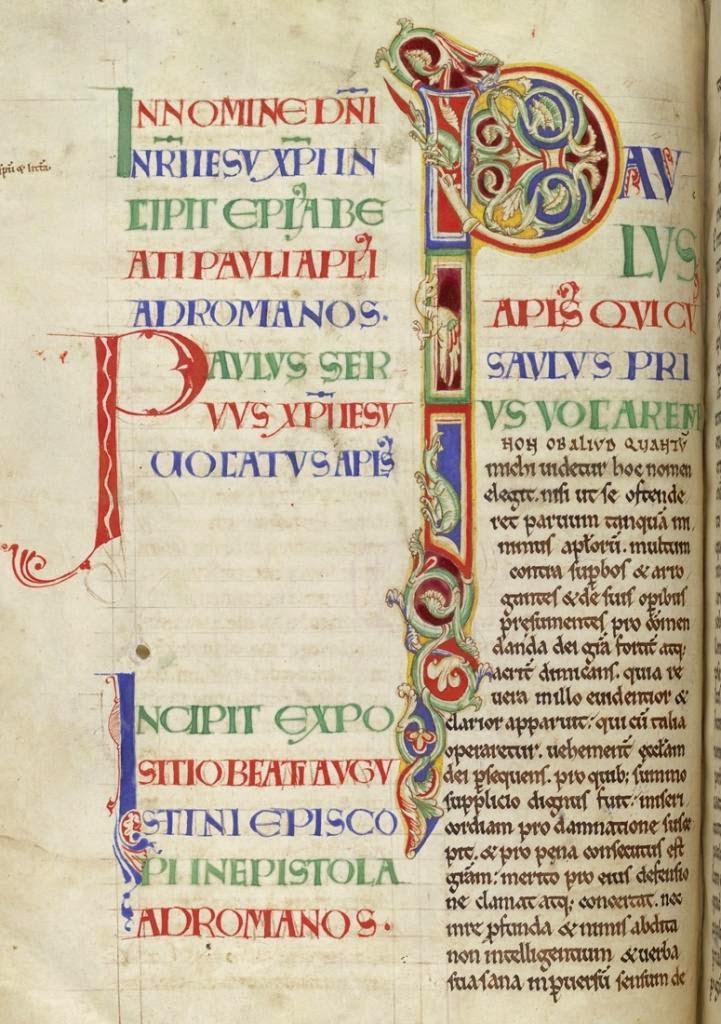 The colourful manuscript images in this post are from books produced at Rochester in the last quarter of the eleventh or first quarter of the twelfth century. One of the things Lanfranc and Gundulf did at Rochester was to stock its rather impoverished library with a fitting collection of important (and beautiful) books. 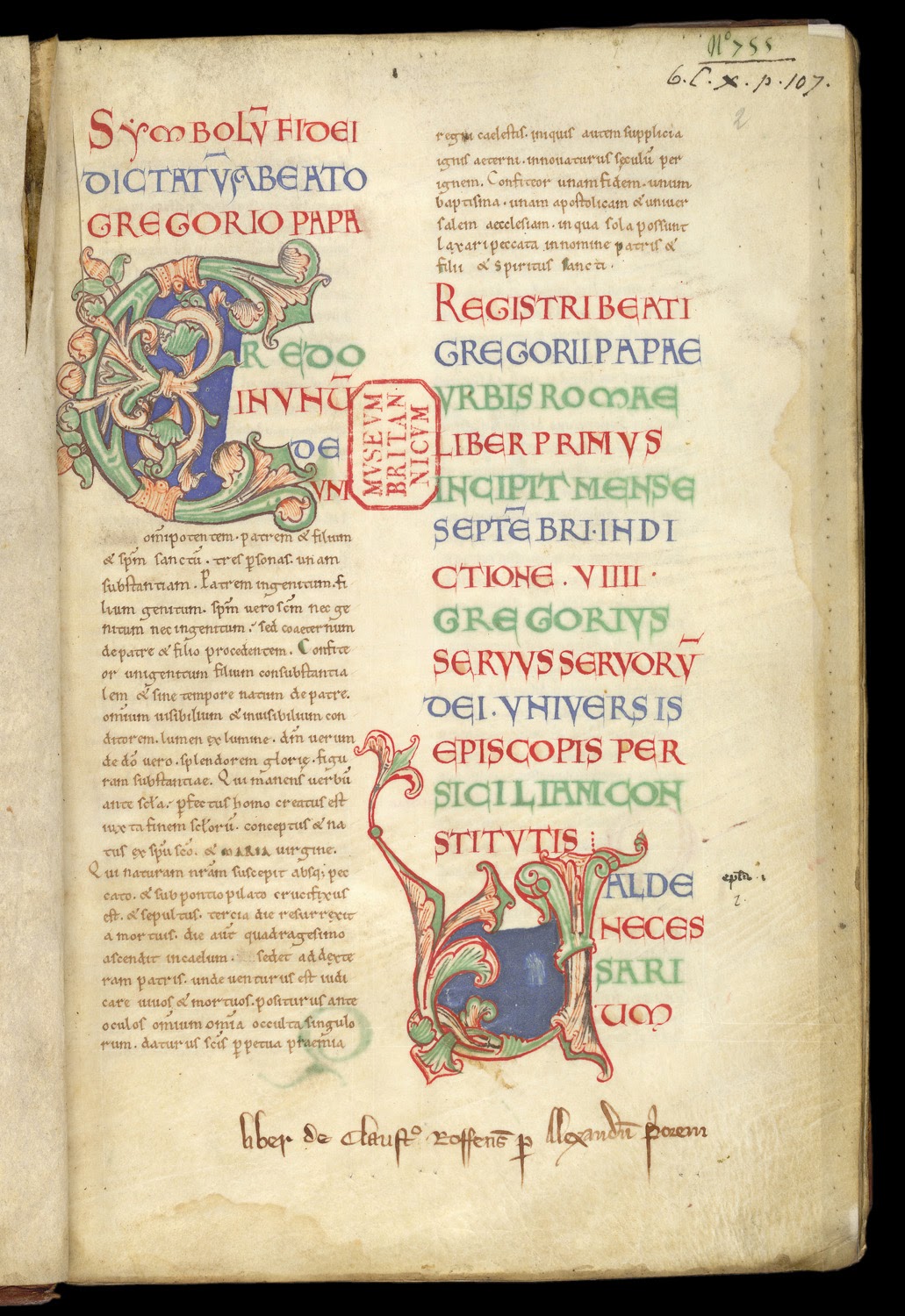