'Winter wakeneth all my care' 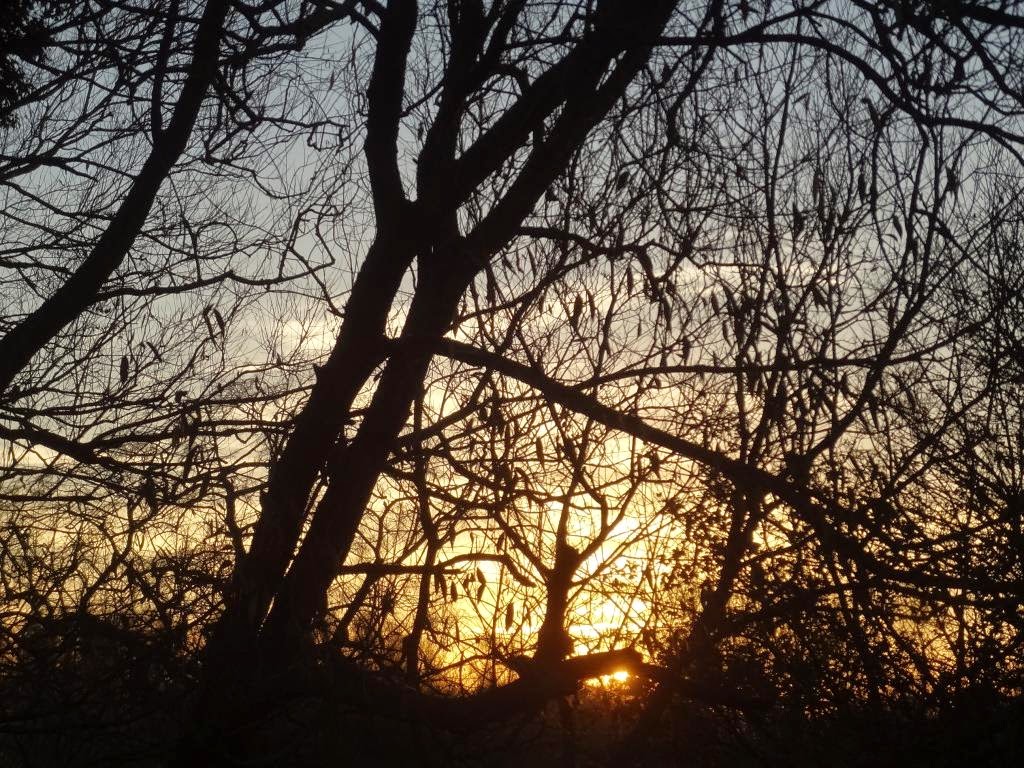 The poem is from BL Harley MS. 2253, and must be the most apt poem ever written for the last days of November. This would be a literal translation:

Winter awakens all my sorrow,
Now the leaves grow bare.
Often I sigh and mourn sorely
When it comes into my thoughts
Of this world's joy, how it all goes to nothing.

Now it is, and now it is not,
As if it had never been, truly.
What many people say, it is the truth:
All passes but God's will.
We all shall die, though it please us ill.

All the grass which grows up green,
Now it fades all together.
Jesu, help this to be understood,
And shield us from hell!
For I do not know where I shall go, nor how long I shall dwell here.

A translation is inadequate, though; a lot of the power of the poem is in the rhymes, and the untranslatable negatives, especially 'Nou hit is, and nou hit nys, / Also hit ner nere, ywys'. There are some clever touches, such as the phrase waxeth bare: 'waxen' can just mean 'to become', but it usually means specifically to 'grow' (like the moon, which waxes and wanes; do we use the word in any other context now?). But when leaves fall, waxing bare, it's the exact opposite of growth; it's death and depletion.

This metaphor, life as leaf, has been on my mind lately, since my post from last year on Anglo-Saxon Autumns had a bit of a resurrection which ensures I'm regularly reminded of it (my translation from Maxims I, which I never expected anyone else to much care about, turned up in a blog with a much larger readership than mine). 'What's the life of a man, any more than a leaf?'

I love poems (and folksongs) like this - like all these medieval variations on the same theme, the brief and untrustworthy nature of earthly happiness. I always feel a little as if I have to justify blogging about them; I know most people today find them bizarre and morbid. But they're very comforting to me. The world is unstable and our security can vanish in a moment - that's an obvious fact. But all our lives we are told we can triumph over that instability, if we just work hard enough; if we save enough money, or spend enough money on whatever it is we're supposed to be buying; if we're pretty enough, or clever enough, or can convincingly pretend to be all the things we're supposed to want to be. If we can't, we're told it's our own failure. Poems like these, part of an ancient tradition drawing on the accumulated wisdom of many generations, say the opposite. Somehow, by being so upfront about the instability of life, they take the sting out of it - they show it to be a common part of human experience, not necessarily the result of individual weakness or failure. I understand why some people don't like them; if you're happy and successful, their message is easy to brush off. Many of you reading this post now are, perhaps, safely ensconced in a secure job, happily married, with a stable family and a home of your own, and you naturally don't want to worry about how those things might come to an end. But for someone like me, who may never have any of those things, lack of stability is a constant source of fear. Anxiety about the future is always pressing on my mind, and it does actually help to be told not to expect or want security:

This warlde is variabell;
Nothing therein is stable,
Asay now who so will.
Sin it is so mutable,
How shuld me be stable?
It may not be thorow skill.

Whan brome will appelles bere,
And humloke hony in fere,
Than seke rest in lond.
With men is no pees;
Ne rest in hart is, no lese,
With few be see and sond.

Why is the world beloved, that fals is and vein,
Sithen that hise welthes ben uncertein?
Also soone slideth his power away
As doith a brokil pot that freish is and gay.
Truste ye rather to letters writen in th'is
Than to this wretched world, that full of sinne is.
It is fals in his beheste and right disceiveable;
It hath begiled manye men, it is so unstable.
It is rather to beleve the waveringe wind
Than the chaungeable world, that maketh men so blind.

Al oþer loue is lych þe mone
þat wext and wanet as flour in plein,
as flour þat fayret and fawyt sone,
as day þat scwret and endt in rein.

That's the 'consolation of philosophy', isn't it?
Posted by Clerk of Oxford at 4:46 pm

Email ThisBlogThis!Share to TwitterShare to FacebookShare to Pinterest
Labels: On Transience, Poetry

Thank you for your encouraging blog here: it is nice to find someone who recognises that self aggrandisement is not the way to continued happiness

You ask, "do we use the word in any other context now?"

The Marx brothers made a lively use of "waxing wroth" in Horse Feathers (1932).

It does not seem strange to me to think, 'I have been waxing fat'...

I wonder whether there is often an effect either of literary familiarity or knowing another Germanic language where an analogous verb is not yet unusual?

P.S.: For a impudently huge question, what sense do you have of there being an Old and Middle English (or, for that matter, Old Icelandic) literature of attention to and amazement at mutability apart from attention to sin and the effects of the Fall?

(My first thought is of the passages of repeated "Eala" and "laene" of 'The Wanderer'...)

One rather awkward effect of reading Middle English as much as I do is that I genuinely lose the ability to recognise how obsolete some words are! 'Waxing' doesn't seem all that archaic to me, and it seems like one of those words an average reader might have encountered in 19th or 20th century literature. (Tolkien must use it, surely.) But I wouldn't use it myself in ordinary speech or writing.

In answer to your P. S. - yes, it's probably the most prominent single theme in Old English literature, and an important one in Middle English too (and in other medieval literatures, of course). It's very often an interest in mutability as a fact of human life and of the natural world, rather than explicitly as the consequence of sin.