'No wind, but pentecostal fire / In the dark time of the year' 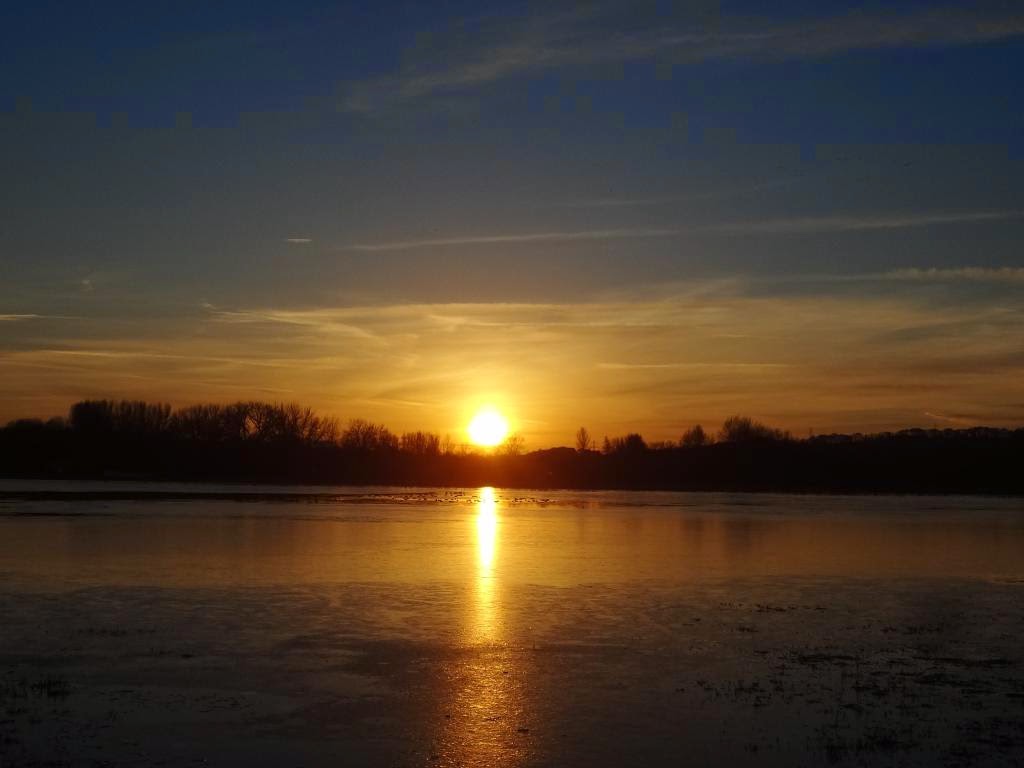 Midwinter spring is its own season
Sempiternal though sodden towards sundown,
Suspended in time, between pole and tropic.
When the short day is brightest, with frost and fire,
The brief sun flames the ice, on pond and ditches,
In windless cold that is the heart's heat,
Reflecting in a watery mirror
A glare that is blindness in the early afternoon.
And glow more intense than blaze of branch, or brazier,
Stirs the dumb spirit: no wind, but pentecostal fire
In the dark time of the year. Between melting and freezing
The soul's sap quivers. There is no earth smell
Or smell of living thing. This is the spring time
But not in time's covenant. Now the hedgerow
Is blanched for an hour with transitory blossom
Of snow, a bloom more sudden
Than that of summer, neither budding nor fading,
Not in the scheme of generation.
Where is the summer, the unimaginable Zero summer?

If you came this way,
Taking the route you would be likely to take
From the place you would be likely to come from,
If you came this way in may time, you would find the hedges
White again, in May, with voluptuary sweetness.
It would be the same at the end of the journey,
If you came at night like a broken king,
If you came by day not knowing what you came for,
It would be the same, when you leave the rough road
And turn behind the pig-sty to the dull facade
And the tombstone. And what you thought you came for
Is only a shell, a husk of meaning
From which the purpose breaks only when it is fulfilled
If at all. Either you had no purpose
Or the purpose is beyond the end you figured
And is altered in fulfilment. There are other places
Which also are the world's end, some at the sea jaws,
Or over a dark lake, in a desert or a city--
But this is the nearest, in place and time,
Now and in England. 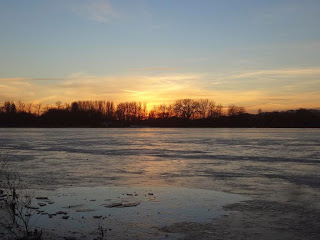 ('Little Gidding', and sunset over flooded and frozen Port Meadow, Oxford.)
Posted by Clerk of Oxford at 6:59 pm