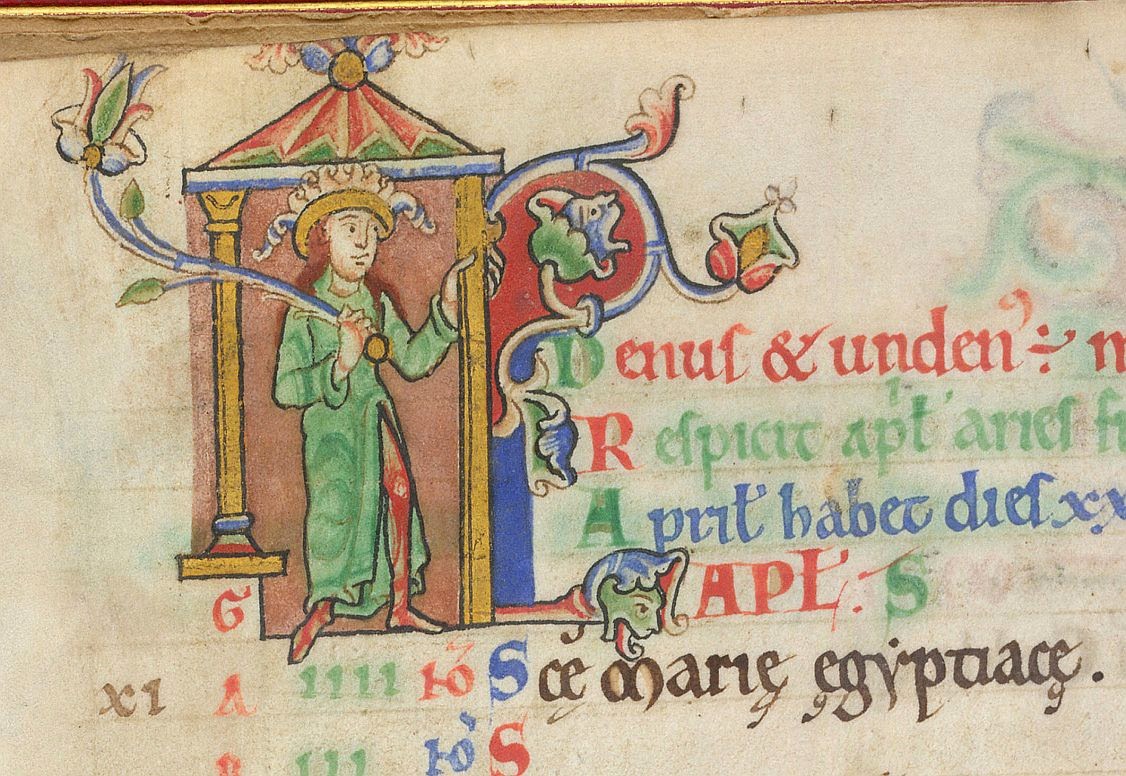 On the first of April, let's see how the month is described in the poem known as the Old English Menologium, which is becoming a regular feature on this blog. In case you need an extra excuse to read Old English right now (though I'm sure you don't), today is ‘Whan That Aprille Day’!

So after the sum of four and three
nights, the Saviour sends
the month of April, in which most often comes
the glorious season for the comfort of men,
the rising of the Lord. Then joy is fitting
far and wide, as the prophet sang:
'This is the day which the Lord made
for us, the wise one, for the generations of men,
for all blessed earth-dwellers, with bliss.'
We cannot keep that season by tallying
the count of days, nor the Lord's ascension
into the heavens, because it always changes,
by calculations of the wise; but the venerable in winters
shall find with skill the holy days
in the cycle. But we will count still
more memorials of martyrs,
press on with words, sing the subject:
that after nineteen nights plus five
after Eastermonth comes to us
the relics begin to be raised up,
holy ornaments; that is an exalted day,
glorious season of prayer.

This poem describes each month of the year in turn, and usually mentions a variety of feasts and saints' days - March, for instance, has an abundance - but here Easter dominates, to the exclusion of almost everything else. The only exception is the Greater Litany on April 25, the 'raising up of relics' described in the last few lines. April sees the feasts of two important Anglo-Saxon saints, St Guthlac and St Ælfheah, but since this poem doesn't include the feasts of English saints (unless you count Augustine of Canterbury), it's not surprising to find them unmentioned here - especially since Ælfheah had probably not yet been martyred when this poem was composed. In any case, Easter naturally overtakes everything - Eastermonað is the Old English name of the month, after all! The poem even slips into a quotation from the liturgy of Easter Day, taken from Psalm 118: 'this is the day which the Lord hath made; we will rejoice and be glad in it'. From this the English poet makes three lines:

'This is the day which the Lord made
for us, the wise one, for the generations of men,
for all blessed earth-dwellers, with bliss.'

If I had to pick a favourite Old English word, from sound or meaning, eadig (happy, blessed) would be a strong contender; and it's particularly lovely that the triple alliteration in this line, eallum eorðwarum eadigum, suggests to the ear a fourth, unspoken word to complete the pattern: Easter. 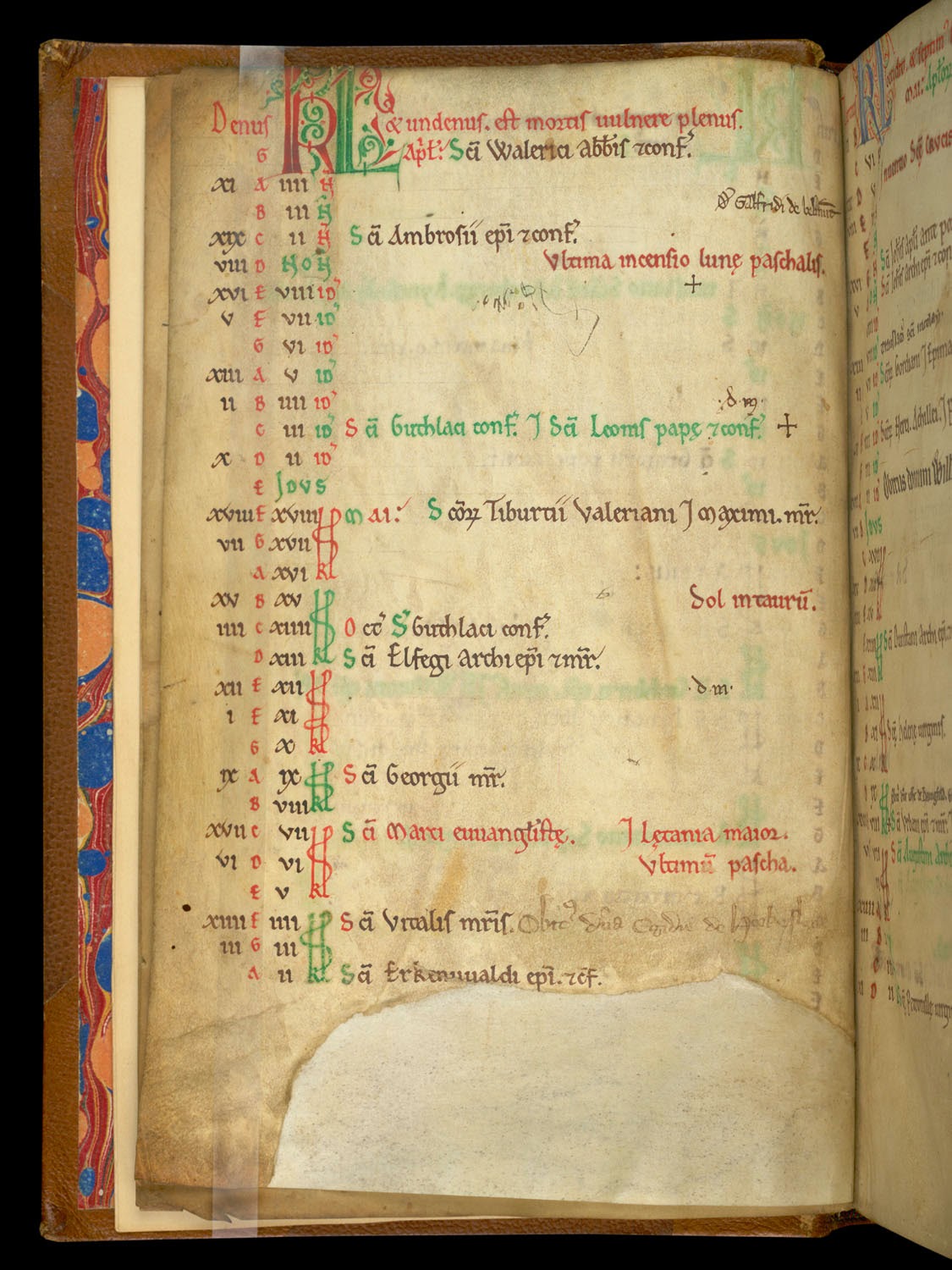 As always, interesting and makes the mind begin to wander and wonder!