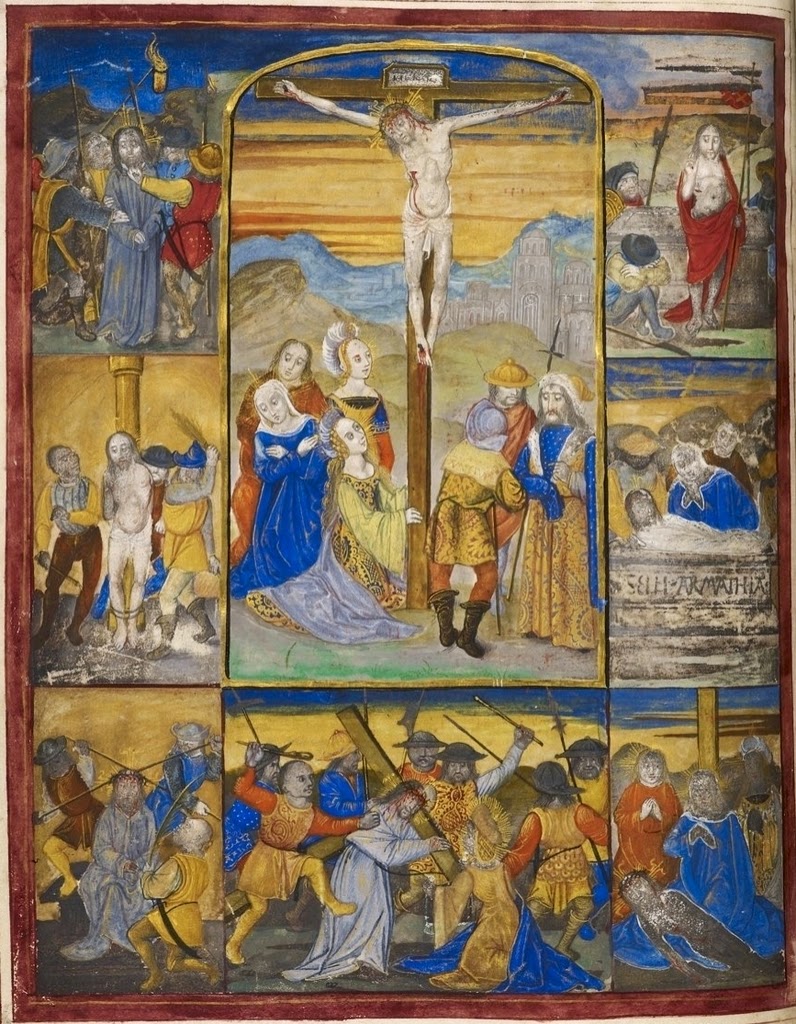 Haue mynde for the how I was borne,
How with scourges my flesshe was torne,
And how I was crowned with thorne;
Nolo mortem peccatoris.

Haue myende also how lowe I light
Into a mayde so pure and bright,
Taking mercy, leving my myght;
Nolo mortem peccatoris.

Thinke how mekely I toke the felde,
Vpon my bak bering my shelde;
For payne ne dethe I wolde not yelde;
Nolo mortem peccatoris.

Lyft vp thy hert now, man, and see
What I haue done and doo for the;
Yf thou be lost, blame thou not me;
Nolo mortem peccatoris.

This text, like 'O man, whiche art the erthe take froo', comes from the fifteenth-century manuscript of poems collected by the Canterbury Franciscan James Ryman. In Ryman's collection, this poem is followed by another which has an English version of the same refrain: 'I do not desire the death of a sinner'.

Thus seith Jhesus of Nazareth:
'Of a synner I wille noo deth.'

Yf thou thy lyfe in synne haue ledde,
Amende the now; be not adredde,
For God his grace for the hath spredde;
Of a synner he wille no deth.

Yf thou haue done as mekill ylle
As hert may thinke and dede fulfille,
Yf thou axe grace, thou shalt not spille;
Of a synner he wille no deth.

Mary Magdalene did grete offence,
And yet with hir Crist did dispence
And gave her grace and indulgence;
Of a synner he wille no deth.

She asked grace with hert contrite
And foryeuenes of hir delicte,
And he forgave here anone right;
Of a synner he wille no deth.

Man, yf thou wilte thy synne forsake
And vnto Crist amendes make,
Thy soule to blis then wil he take;
Of a synner he wille no deth.

The refrain 'Nolo mortem peccatoris' may be familiar from a motet attributed to Thomas Morley, the text of which is also an English poem with a Latin refrain spoken in the voice of Christ; information on that text and its relationship to these poems can be found here. It was a popular refrain, appearing also in this poem by John Audelay and this in St John's College, Cambridge, MS S.54.

Have mind for thee how I was born,
How with scourges my flesh was torn,
And how I was crowned with thorn;
Nolo mortem peccatoris.

Have mind also how low I light [alighted]
Into a maid so pure and bright,
Taking mercy, leaving my might;
Nolo mortem peccatoris.

Think how meekly I took the field,
Upon my back bearing my shield;
For pain nor death I would not yield;
Nolo mortem peccatoris.

Lift up thy heart now, man, and see
What I have done and do for thee;
If thou be lost, blame thou not me;
Nolo mortem peccatoris.

Thus saith Jesus of Nazareth:
'Of a sinner I desire no death.'

If thou thy life in sin have led,
Amend thee now, be not adread, [afraid]
For God his grace for thee hath spread;
Of a sinner he desires no death.

If thou have done as much of ill
As heart may think and deed fulfill,
If thou ask grace, thou shalt not spill; [be destroyed]
Of a sinner he desires no death.

Mary Magdalene did great offence,
And yet Christ did her dispence [pardon]
And gave her grace and indulgence;
Of a sinner he desires no death.

She asked grace with heart contrite
And forgiveness of her delicte, [sin]
And he forgave her anon right;
Of a sinner he desires no death.

Man, if thou wilt thy sin forsake
And unto Christ amends make,
Thy soul to bliss then will he take;
Of a sinner he desires no death.

'Come home again, mine own sweetheart'

'Unkynde man, gif kepe til me' 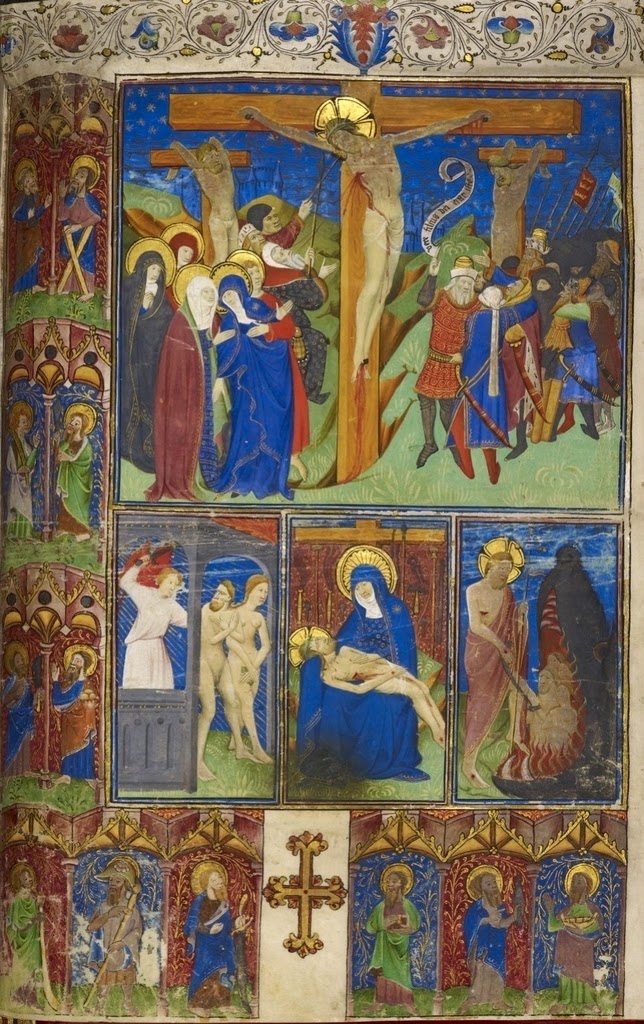