The Sun and the Seed-Corn 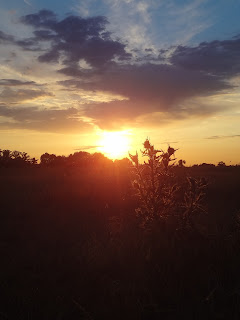 Following on from this recent post about Anglo-Saxon wisdom literature, here are two extracts from the 'Metres of Boethius', a sequence of Old English poems based on the metrical sections of Boethius' Consolation of Philosophy. This is Metre 3.

O, in how fearsome and how fathomless
a mire struggles the darkening mind,
when the stern storms of worldly trouble
beat against it! Then, battling on,
it loses its own light,
and in grief forgets the eternal joy,
driven on into the darkness of this world,
oppressed by sorrow. So now it is
for this mind, now it knows no more
of God's goods but grieving
in an unwelcoming world. It needs comfort. 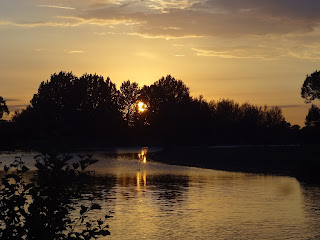 Here's the section on which this is based; the Old English is briefer and simpler, and somehow more poignant to me for that reason. My translation can't capture how much the sound of the poetry contributes to this picture of a mind growing dark, squelched by sorrow, sinking into a bottomless pit: the sweorcende mod, sorgum geswenced. Say out loud the word gnornunge - couldn't you guess without being told that it means 'grieving, lamenting'?

By contrast, here's the OE Metre 22, for which compare this.

This is complex and intricate and hard to translate - hard for me, and hard for the Anglo-Saxon poet, I would think. But Old English poetry had many ways of talking about the processes of the mind and the memory, and they get a good workout here. This is sophisticated psychological and philosophical reasoning, and it draws on Old English poetic diction as well as on Boethius and 'our Plato': there's a characteristic kenning for the mind, runcofan, 'secret chamber' ('chamber of secrets'?) as well as the usual vocabulary of mod and ferþ and sefa - the mind, spirit, heart, soul. And although the metaphor may be Boethius', the lines about the sun contain two beautifully Anglo-Saxon kennings:

and he will also perceive his inner thought,
lighter and brighter than the radiance
of the sun in summer, when the jewel of the sky,
serene star of the heavens, shines most brightly.

Yesterday in Oxford the sun was blazing down, sunnan on sumera at its very brightest, hottest, most all-embracing. Can the mind, sinking in so fearsome and fathomless a mire, really ever learn to be as bright as that? 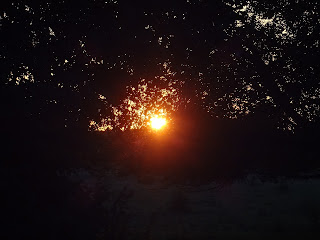