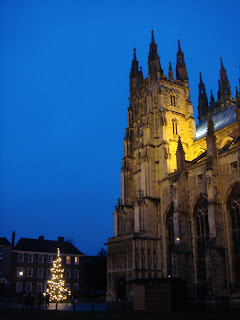 Some photos taken after the aforementioned service of Vespers in honour of St Thomas Becket (a version of which I now learn you can buy on CD). These aren't particularly good photos, but it's not every day you get to see the crypt of Canterbury Cathedral by candlelight. 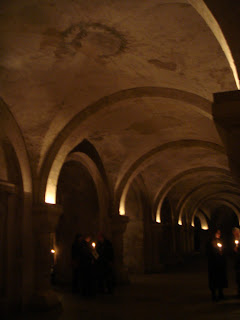 Try and imagine those people are monks. 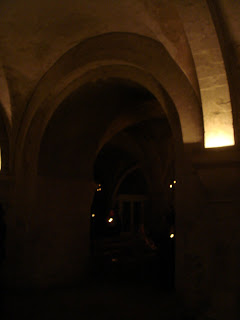 The crypt is the oldest part of the present-day cathedral - it was built at the end of the eleventh century, in the time of St Anselm. 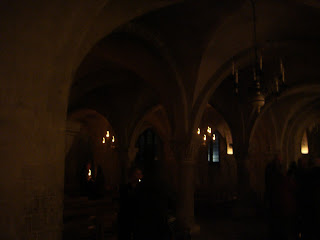 This is the darkest part of the crypt - you can see the window tracery reflected on the pillar: 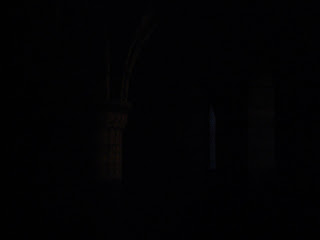 Opposite that pillar, there's another one (for decorative rather than structural purposes, I hope!) which was part of a Roman building in Thanet.

A decapitated statue, of which the crypt has several - I'm not sure if this was the work of Henry VIII (who ordered all memorials of Thomas Becket to be destroyed) or Cromwell's soldiers (who were for a time quartered in the cathedral): 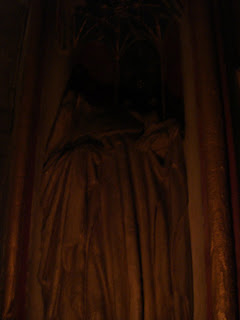 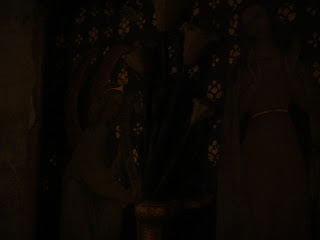 And these were taken on the way out of the crypt; I was trying to capture the light coming through the window onto the pillars of the dark nave: 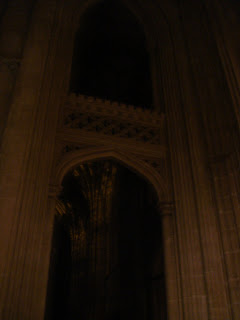 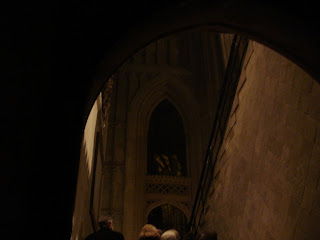