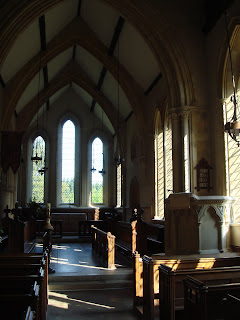 Today is Thomas Hardy's birthday, and so here's perhaps my favourite of his poems.  (Although that title might go to this poem instead).  It's supposed to be the story of how his parents met; 'Mellstock' is the fictional name Hardy gave to Stinsford, Dorset, where his heart is buried. 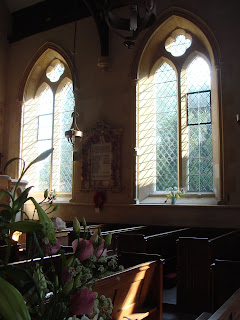 She turned in the high pew, until her sight
Swept the west gallery, and caught its row
Of music-men with viol, book, and bow
Against the sinking sad tower-window light.

She turned again; and in her pride's despite
One strenuous viol's inspirer seemed to throw
A message from his string to her below,
Which said: "I claim thee as my own forthright!"

Thus their hearts' bond began, in due time signed.
And long years thence, when Age had scared Romance,
At some old attitude of his or glance
That gallery-scene would break upon her mind,
With him as minstrel, ardent, young, and trim,
Bowing "New Sabbath" or "Mount Ephraim." 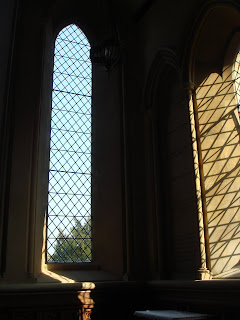 'New Sabbath' and 'Mount Ephraim' are both hymn-tunes of the 'West Gallery' type, as sung and played by the village choirs in Hardy's novels. From what I can see from those links, they both have a rather jaunty bravura quality, appropriate to this ardent young minstrel, and this moment of flirtation in a country church.

(N.B. I observe that Mount Ephraim is in Hymns Ancient and Modern, as the tune to No.531, 'For all thy saints, O Lord'). 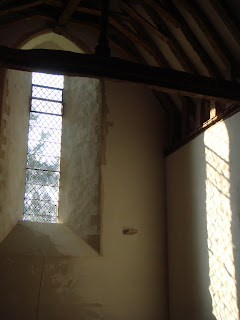 Pictures: some sinking sad tower-window light at Goodnestone, Kent, late one April afternoon.
Posted by Clerk of Oxford at 2:58 pm