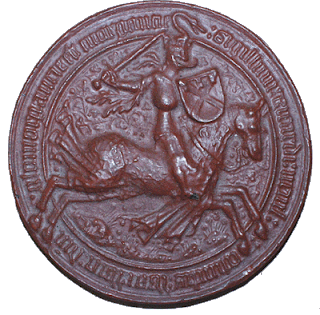 I was reading about medieval seals today and for some reason thought these inscriptions were kind of cool:

"Seals which say they keep secrets are quite common. For example, a matrix of jasper reads: CLAUSA SECRETA TEGO ('I cover closed secrets'); a silver one reads: FRANGE LEGE LECTA TEGE ('Break. Read. Cover what is read'); a gold and sapphire signet ring reads: TECTA LEGE LECTA TEGE ('Read what is covered. Cover what is read.'). These matrixes date from the thirteenth century and probably belonged to women. An undertaking to keep secrets was appropriate for sealing up a personal letter..."

I'm going to start putting 'tecta lege lecta tege' on all my letters! Here is the seal-ring in question. It has also been found on a seal of Bardney abbey.