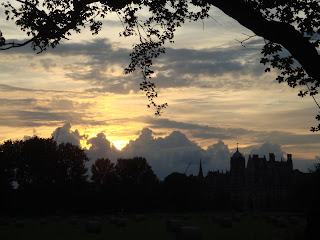 Who knew? C. S. Lewis wrote a poem called 'Oxford'. Like most of his published poetry, it was written before his conversion to Christianity, and published in 1919. He took his degree at Oxford in 1920, after his undergraduate studies were interrupted by service in World War I.

It is well that there are palaces of peace
And discipline and dreaming and desire,
Lest we forget our heritage and cease
The Spirit’s work—to hunger and aspire:

Lest we forget that we were born divine,
Now tangled in red battle’s animal net,
Murder the work and lust the anodyne,
Pains of the beast ‘gainst bestial solace set.

But this shall never be: to us remains
One city that has nothing of the beast,
That was not built for gross, material gains,
Sharp, wolfish power or empire’s glutted feast.

We are not wholly brute. To us remains
A clean, sweet city lulled by ancient streams,
A place of visions and of loosening chains,
A refuge of the elect, a tower of dreams.

She was not builded out of common stone
But out of all men’s yearning and all prayer
That she might live, eternally our own,
The Spirit’s stronghold—barred against despair. 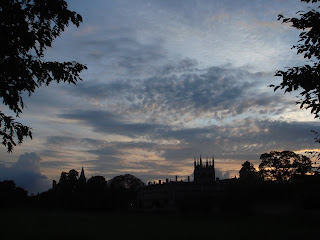