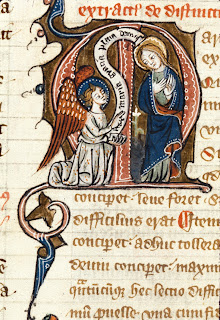 This is a thirteenth-century Annunciation lyric from the manuscript Cambridge, Trinity College B.14.39. It shares some lines with the more famous I sing of a maiden (which may be partly based on this poem); like 'I sing of a maiden', with its 'dew in April which falleth on the spray', the first verse of this poem makes it particularly appropriate for spring, when the Annunciation is traditionally commemorated. The Feast of the Annunciation was often known as 'Our Lady Day in Lent', to distinguish it from other days associated with the Virgin.

Nu this fules singet and maket hure blisse,
And that gres up thringet and leved the ris;
Of on ic wille singen that is makeles:
The king of halle kinges to moder he hire ches.

And thare gretinke that angle havede ibrout,
He gon to bithenchen and meinde hire thout.
He saide to then angle, "Hu may tiden this?
Of monnes ymone nout y nout iuis."

Iblessed beo that suete chid and the moder ec
And the suete broste that hire sone sec;
Ihered ibe the time that such chid uas iboren,
That lesed al of pine that aree was forlore. 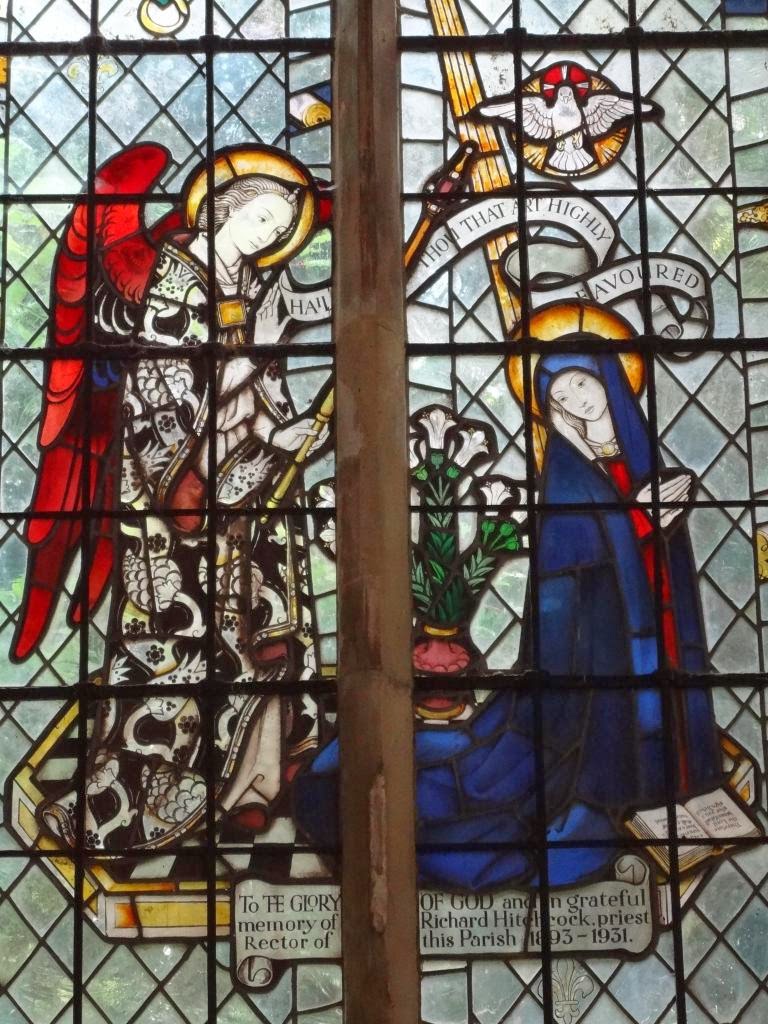 Now the birds sing and make their bliss,
And the grass thrusts up and leafed is the ris; [the branch has grown leafy]
Of one I will sing that is matchless:
The king of all kings as mother he her chose.

She is without sin and without a stain
Come of king's kin, of Jesse's stem;
The Lord of mankind of her was born
To bring us out of sin, else we were forlorn. [i.e. lost]

Gabriel her greeted and said to her, "Ave!
Mary, full of grace, our Lord be with thee;
The fruit of thy womb, blessed may it be.
Thou shalt be with child, in truth I say to thee."

And of that greeting the angel had brought,
She began to think and ponder in her thought.
She said to the angel, "How may this be?
Of man's touch know I nothing, indeed."

Maiden she was with child and maiden was before
And maiden ever since that her child was born;
Maiden and mother was never woman but she:
Well might she bearer of God's Son be.

Blessed be that sweet child and the mother also
And the sweet breast that her son sucked,
Praised be the time that such a child was born,
Who released all from pain that ever were forlorn. 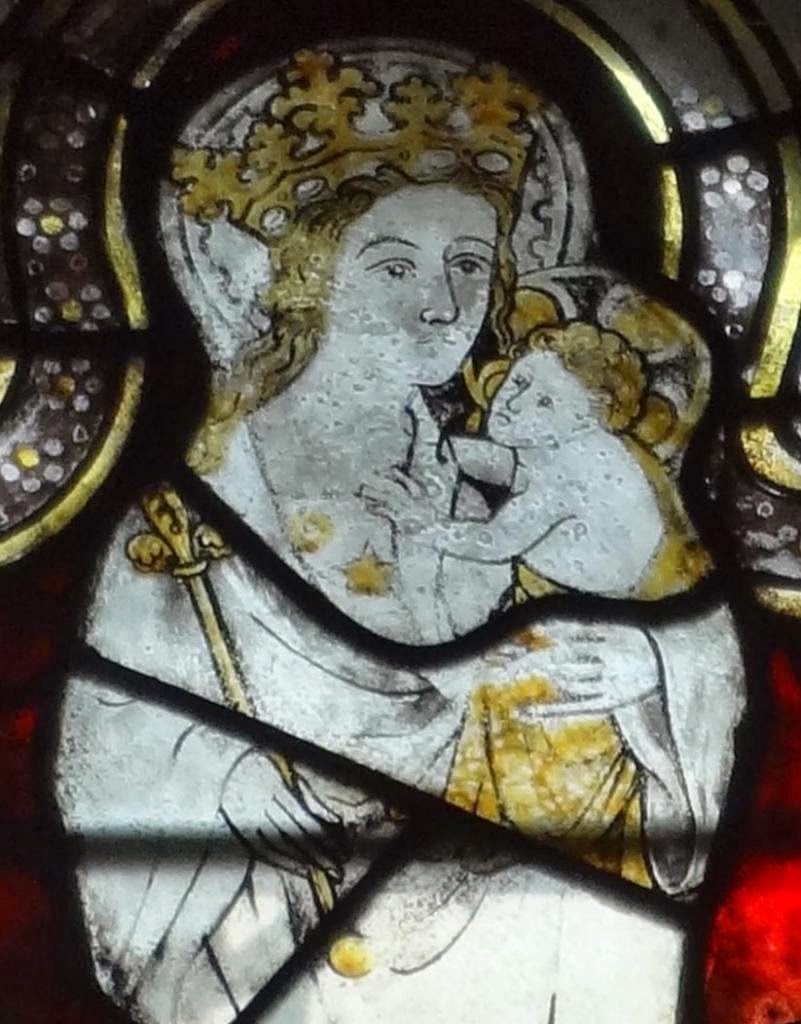 The lower two pictures are from the church at Fordwich, Kent.
Posted by Clerk of Oxford at 9:27 pm

Email ThisBlogThis!Share to TwitterShare to FacebookShare to Pinterest
Labels: Medieval, Poetry, The Annunciation