On Transience, II: Earth upon earth 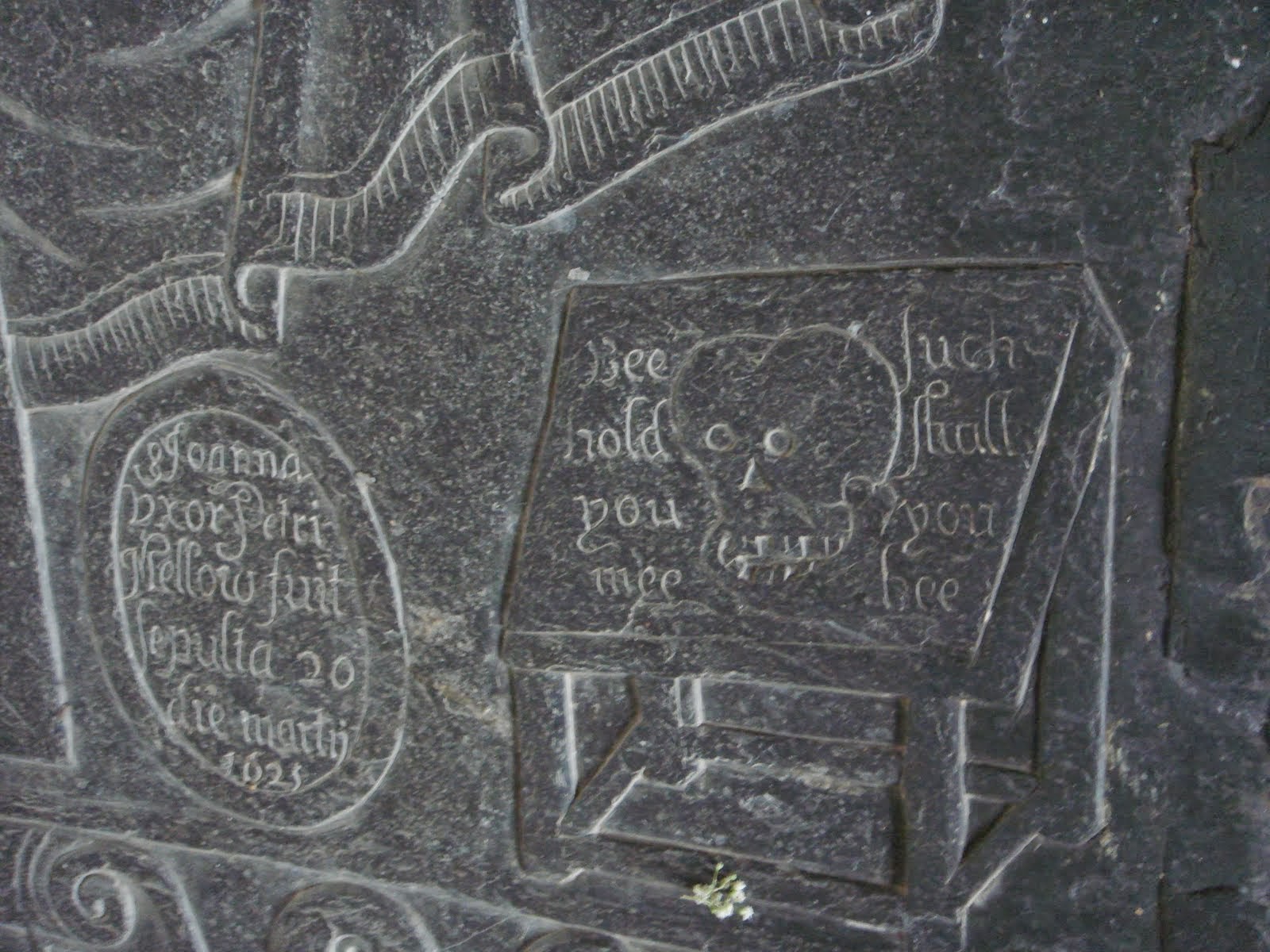 Talland, Cornwall
This is a haunting poem from the 15th century, a time when the 'Dance of Death' and other memento mori themes were becoming increasingly popular. I almost feel I should apologise for its gruesome nature, but as poetry, it's incredibly effective, mostly because of the rhyme scheme (a single rhyme per stanza) and the obsessive repetition of 'earth', which gives it a kind of spooky incantational sound.

There are multiple versions of this poem, variations on a theme usually keeping to the same distinctive rhyme scheme (which gives you a clue as to how central the rhyme is to the overall effect). Fascinatingly, the last three stanzas appear in a medieval wall-painting in the Guild Chapel in Stratford-upon-Avon; and given that context, it's hard not to think of Hamlet:

Alexander died, Alexander was buried, Alexander returneth into dust; the dust is earth; of earth we make loam; and why of that loam, whereto he was converted, might they not stop a beer-barrel?
Imperious Caesar, dead and turn'd to clay,
Might stop a hole to keep the wind away:
O, that that earth, which kept the world in awe,
Should patch a wall to expel the winter flaw!

Here's the medieval poem, with a modernised version below (of the many available versions, this is the text of Lincoln, Lincoln Cathedral Library MS. 91). Essentially, to read it you have to understand every first earth as 'man (who is dust)' and every second earth as either 'earth' (as in, 'the world') or 'dust', in the sense of physical matter; but the point of the poem is that they are the same thing. 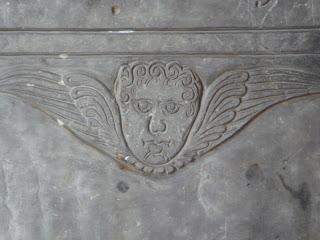 Remember, man, that you are dust
And to dust you shall return.

Earth upon earth would be a king
But how earth to earth shall [come], thinks he not a thing;
When earth breeds earth and his rents home bring
Then shall earth of earth have full hard parting.

Earth goes upon earth as mould upon mould
He goes upon earth, glittering like gold,
As if earth never more return to earth should;
And yet shall earth unto earth go faster than he would.

Now why that earth loves earth, wonder me think [it is a wonder to me]
Or why earth for earth should either sweat or swink [labour]
For when earth upon earth is brought within brink [within bounds, i.e. in the grave]
Then shall earth of earth have a foul stink. 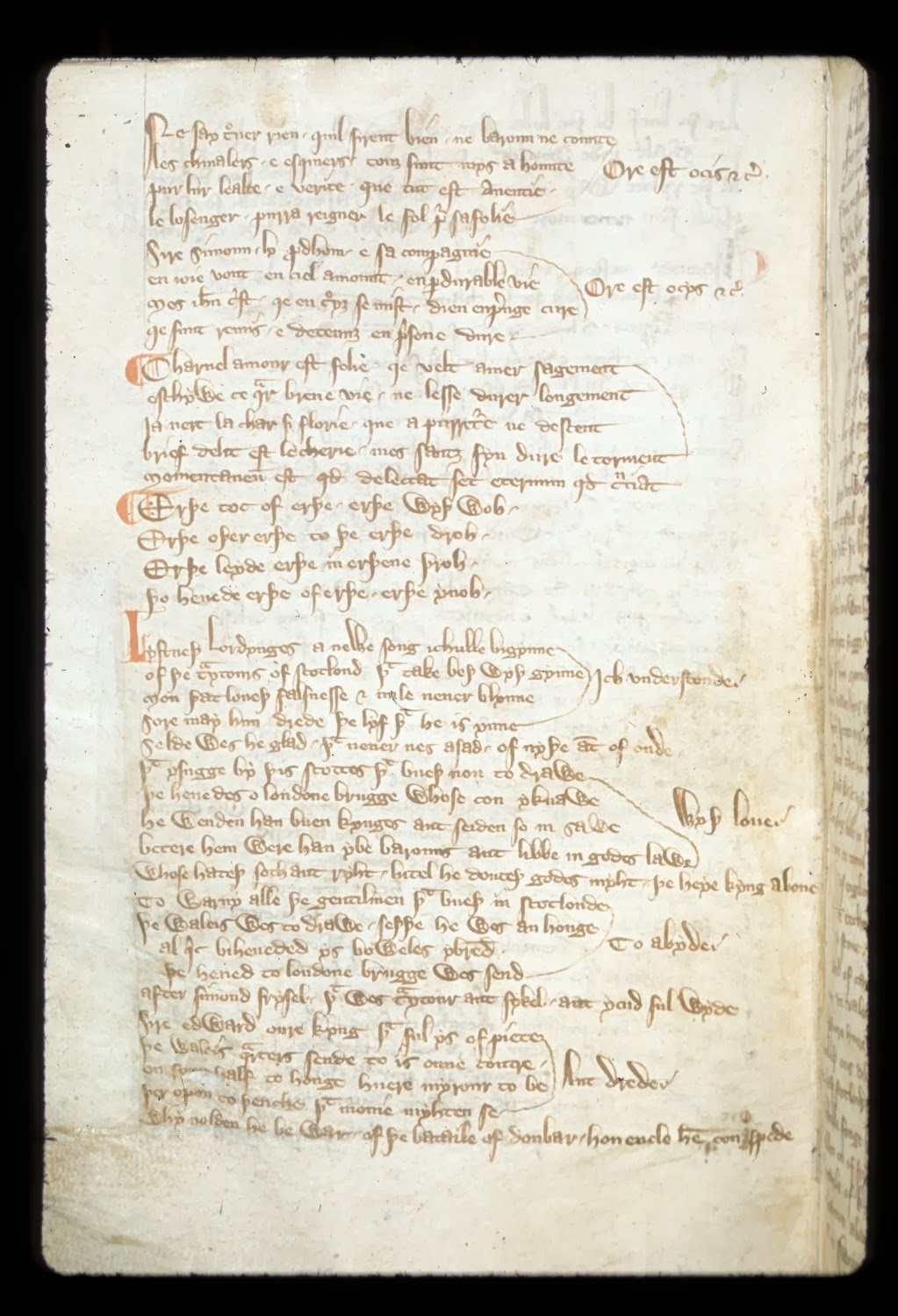 Thank you for this. I have a friend who just went to prison, and one of the first things he asked me for was a copy of "Erthe upon Erthe." He wants to consult it as he puts the finishing touches on his nigh-epic poem about St. Guthlac. In my research I came upon your blog by way of this post. I am enjoying it so much. My friend would enjoy it too. I think I will be having to print many of your posts to send to him, since he has no internet access where he is.

Wow, an epic poem about St Guthlac - what an admirable undertaking! Thank you for commenting and telling me about your friend - I'm glad you have found my posts helpful and I hope he will too.

The Medæival Bæbes have put it to music if you want a musical version, though the tune isn't "authentic" so to speak.

The Mediaeval Babes have released an excellent version. Very atmospheric in a polyphonic style