A Song for St Francis, 2 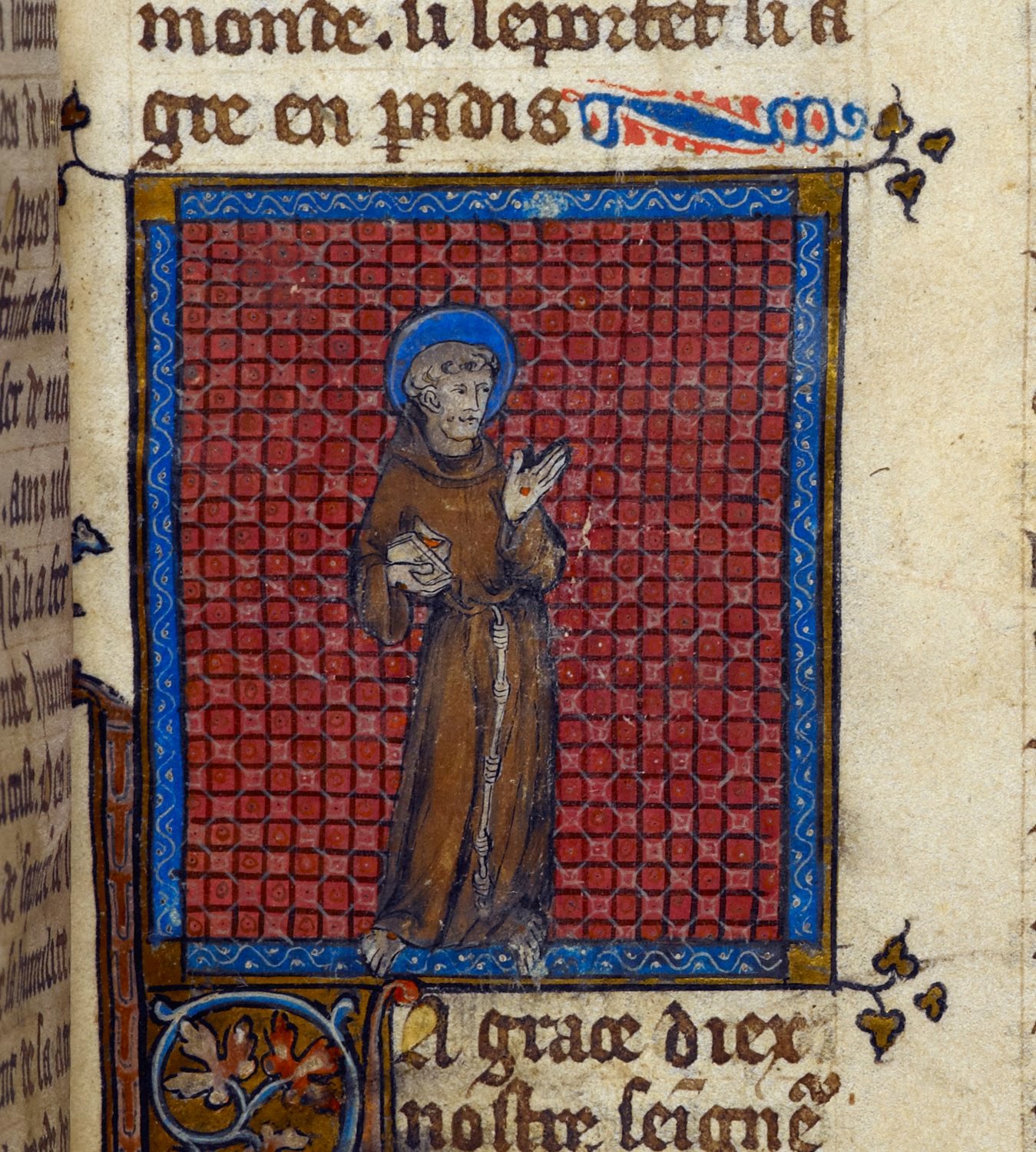 St Francis (England, 14th or 15th century; BL Royal 16 E XII f.152)
A few years ago I posted a fifteenth-century carol to St Francis of Assisi by John Audelay, 'Saint Francis, to thee I say, / Save thy brethren both night and day'. I'm always interested in vernacular medieval tributes to saints; non-medievalists are often surprised that such things exist at all, let alone that they survive in such large numbers, so it's good to give them a bit of exposure - and in the case of St Francis vernacular songs always seem particularly appropriate. Between John of Grimestone, William Herebert, Audelay and James Ryman, Franciscan friars number among some of the very best writers and collectors of Middle English poems, songs and carols.

So here are two poems addressed to St Francis, from the end of the fifteenth century, which come from the big manuscript collection of poems and carols made by the friar James Ryman. Ryman was based in Canterbury at the first Franciscan house founded in England, which had been established in 1224, two years before St Francis' death. Ryman's collection includes one long poem to St Francis, as well as these two short ones (the text is taken from Julius Zupitza, 'Die Gedichte des Franziskaners Jacob Ryman', Archiv für das Studium der neueren Sprachen und Literaturen 89 (1892), 167-338 (237-8 and 283), which can be read online here).

Hayle, holy fader of the high cuntrey,
Of frere mynours the beawtie and light,
Of a iust man the rightful wey,
Of goode maners the rule moost right:
By thy vertu and goostely myght,
Out of this lyfe when we shull wende,
To blisse lede us, that hath noon ende.

Hail, holy father of the high country,
Of Friars Minor the beauty and light,
Of a just man the rightful way,
Of good manners [i.e. conduct] the rule most right;
By thy virtue and ghostly might,
Out of this life when we shall wend
To bliss lead us that hath no end. 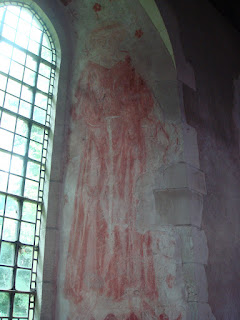 One of the earliest depictions of St Francis in England, painted c.1250
(Doddington, Kent)
The other piece is a translation of a Latin sequence for St Francis, 'Laetabundus Francisco', and all the Latin phrases here come from that sequence.

1. Now gladly shall the clergy singe
To seint Fraunceys, this hevenly thinge,
Alleluia;

3. His myende in his flesshe did appere,
And in new wyse he shone full clere,
Sol de stella.

4. This man, the whiche this wyse did floure,
Taught birdes with voice God to honoure
Semper clara.

5. And, as Crist hath taught, poverte
In wille, dede and thought kepe did he
Pari forma.

6. He wolde, nouther in wille nor dede,
That his doughter dere shulde possede
Hec corrupta.

11. The sawdons fraude he did despise,
And yet hym hurt hath in no wise
Gens misera. 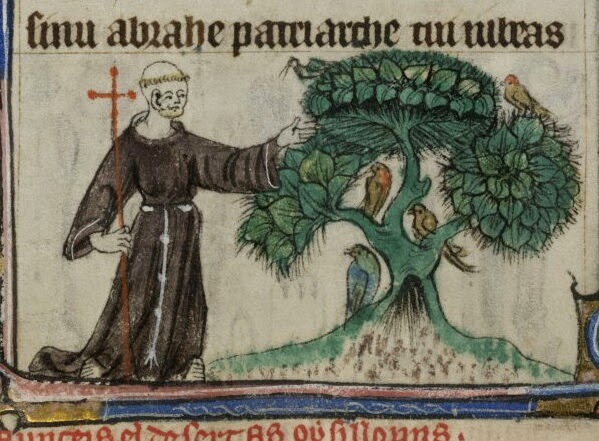