'Remembering from afar': The Wanderer 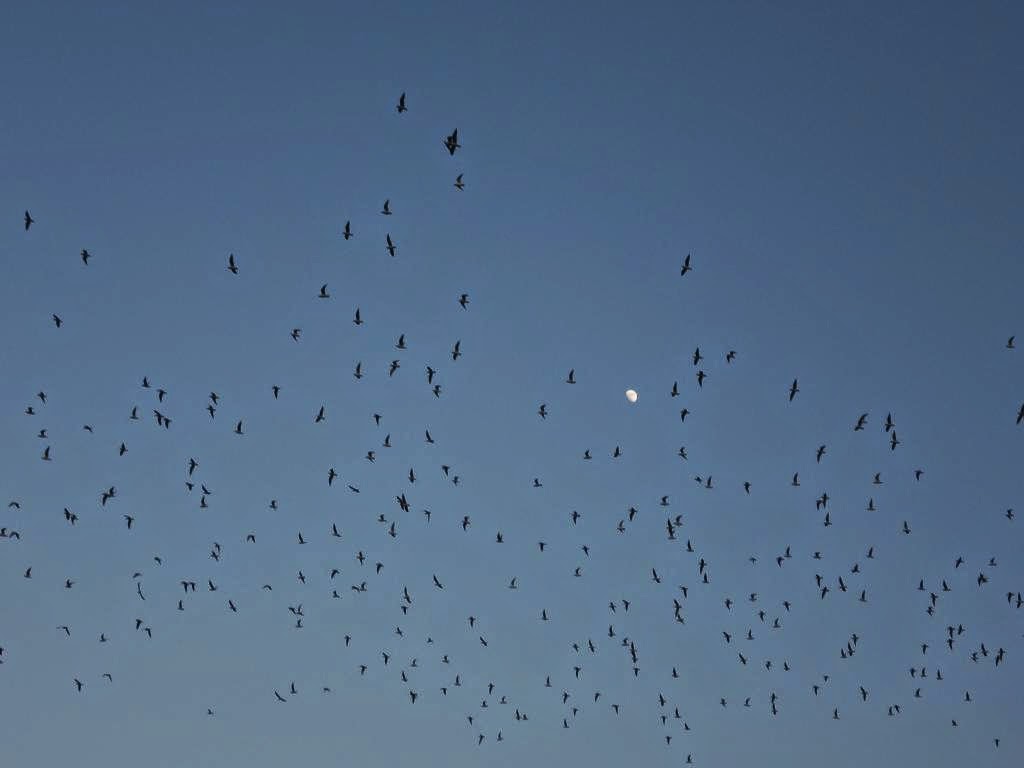 Today is National Poetry Day in the UK, and since the theme is 'Remember', when I obediently followed the instruction to 'think of a poem' what sprang to mind was The Wanderer, an Old English poem much concerned with memory and the workings of the mind. This poem is probably familiar to many of you, perhaps over-familiar to some of you, but to me it's one of those poems which never becomes tiresome; however many times I study, teach, or translate it, this 1000-year-old poem never gets old. Like so many poems, the more you read it, the more it sinks into your mind - the more it opens up to you. So in the interests of enjoying Anglo-Saxon poetry as poetry - and as part of the history of English poetry - here are my favourite sections of the poem.

(You can listen to the whole poem in Old English here, and there's a parallel-text translation here.)

This section is lines 34-57 of the poem, as the speaker, alone and in exile, remembers past joys. My translation:

He remembers hall-comrades and treasure-giving,
how in youth his lord entertained
him with feasting. Joy is all departed!
And he knows, who must long forego
his lord’s dear counsels,
when sorrow and sleep both together
bind the wretched solitary one,
it seems to him in his mind that he
clasps and kisses his lord, and on his knees lays
hand and head, as when he once,
in days gone by, enjoyed the treasure-throne.
Then the friendless man wakes again,
sees before him the fallow waves.
Sea-birds bathe, spread their wings,
frost and snow fall, mingled with hail.
Then the wounds of the heart are heavier,
aching for the beloved ones. Sorrow is renewed
when the memory of friends passes through the mind;
he greets them with joy, eagerly surveys
the companions of the hall. They swim away again.
The flying spirits bring few
familiar songs. Grief is renewed
for the one who must ever send
his weary heart over the binding waves.

Any translation of these lines belies their complexity; there are some beautiful ambiguities. Perhaps the best is the phrase fleotendra ferð 'flying spirits', which seems to refer both to the seabirds and the insubstantial, departed friends of the speaker's memory; the seabirds have replaced the friends, but both swimmað eft on weg. Everything that happens in this poem (if anything happens at all) takes place within the mind and memory of the speaker; this moment with the seabirds could be dream, hallucination, or imagination, but there's no way of knowing which, and I'm not sure it matters. The poem is full of largely untranslatable words for the mind and spirit - mod, hyge, sefa, ferð - and of compounds for whatever it is that is contained within the body: ferðloca 'spirit-enclosure', hordcofa 'treasure-chamber', breostcofa 'breast-chamber', all kennings for (perhaps) what a later poet might call the heart. But although in one sense enclosed in the body, the mind itself also seems to be one of those flying spirits - what does it mean for the speaker to 'send his weary heart over the binding waves'? All this has been much discussed by scholars, but there are no clear answers. The poem doesn't tell a story, or do more than gesture at what may have happened to the speaker to leave him in this lonely grief; to us, listening to the poem, he's little more than a voice and a mind, like the distant cry of a seabird out of the dark. 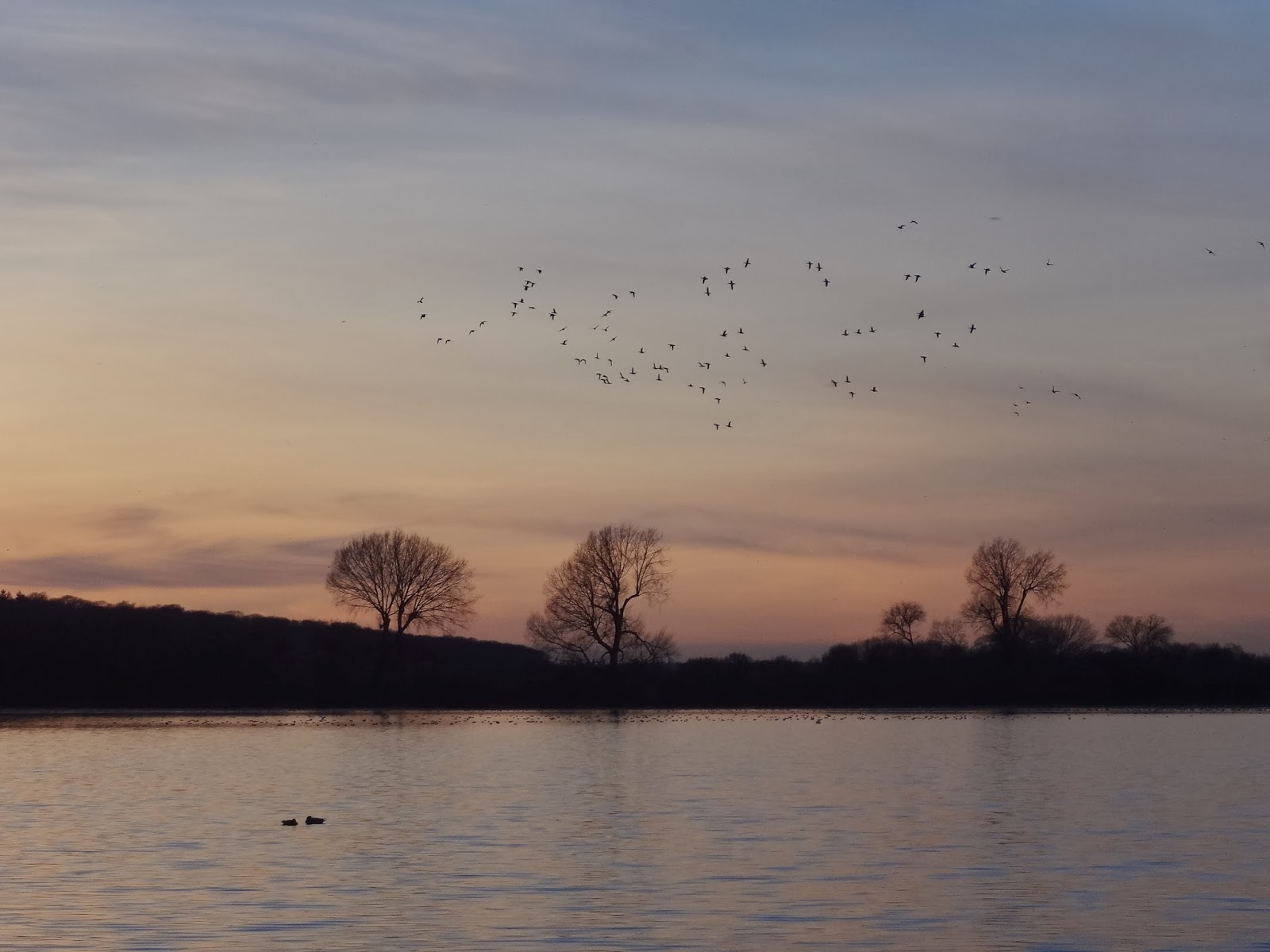 This passage from The Wanderer is a locus classicus for considering various typical features of Anglo-Saxon literature, such as the lord-retainer relationship, but (or rather because) the relationships described are so emotionally and physically intimate it feels much more universal than that. The Wanderer is not just describing a particular situation of loneliness; it's telling us that loneliness and loss are part of the human condition. It lists all the ways we can lose people, some of them culturally specific (eaten by wolves), others all too universal (war, sickness). And it's not just individual lives which are brief and fragile; time ends everything:

The wise hero must perceive how terrible it will be
when all this world's wealth lies waste,
as now in various places throughout this earth
walls stand blown by the wind,
covered with frost, the buildings snow-swept.
The halls decay, the ruler lies
deprived of joys, the troop all dead,
proud by the wall.

The mind can conjure up the past, but it can also imagine this inevitable future.

The Wanderer and a few other poems like it - a loose grouping generally called, for convenience, the 'Old English elegies' - are often the poems which most attract new readers of Anglo-Saxon literature (except for those people who fall heads over heels for Beowulf, of course!). I was no exception, and like most students I had to be taught not to be taken in by the appearance of personal emotion which makes these poems seem like a direct cry from the heart; they're not narratives or dramatic monologues and shouldn't be treated as either, and it's an easy fallacy to get all capital-R-Romantic about their rainy weather and grieving lovers. But in some ways this only increases the emotional pull of these poems, and of The Wanderer in particular; it asserts a universality for itself, claims the right to speak for all of us. All its relative clauses, 'he who sees this may perceive...', have a generalizing effect: its insights into time and transience are the thoughts of anyone who can call to mind destruction, grief and loss. This most characteristic of Anglo-Saxon poems (as it's often presented today) is also in some ways the poem which most transcends its specific cultural setting. There's an attraction in that tension, and however much my understanding of the poem has changed since I first encountered it, I can't forget being a first-year undergraduate all at once entranced - I remember the particular lecture vividly! - by this:

He who thought wisely on this foundation,
and deeply considers this dark life,
wise in spirit, remembers often from afar
much slaughter, and speaks these words:
Where is the horse? Where is the young warrior? Where is the treasure-giver?
Where are the seats of feasting? Where are the joys of the hall?
Alas, the bright cup! Alas, the mailed warrior!
Alas, the glory of the prince! How that time has passed away,
grown dark under the cover of night, as if it had never been.
There stands now in the tracks of the dear troop
a wall, wondrously high, decorated with serpents.
The warriors were taken away by the power of spears,
weapons greedy for slaughter, fate the famous;
and storms batter those rocky cliffs,
snow falling fetters the earth,
the tumult of winter. Then dark comes,
night-shadows deepen; from the north comes
a fierce hailstorm hostile to men.
All is full of hardship in this earthly realm,
the course of events changes the world under the heavens.
Here wealth is fleeting, here friend is fleeting,
here man is fleeting, here kinsman is fleeting,
all the foundation of this world turns to waste. 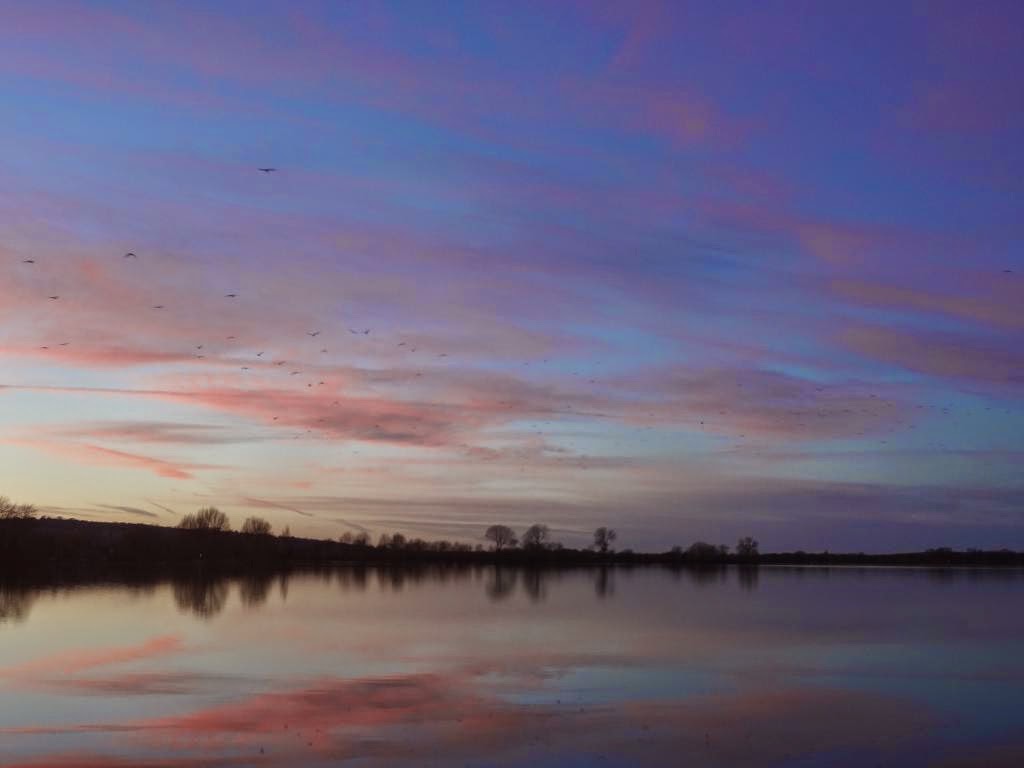 Whenever I see seabirds 'spreading their feathers' I think of The Wanderer; so the pictures in this post are the 'fleotendra ferð' of Oxford's Port Meadow.
Posted by Clerk of Oxford at 1:09 pm

I have no great insight into this, but have been enjoying your blog very much, both its content and tone. I check it whenever I am in need of some calm! Thanks.