Some Pictures from St Bartholomew's, Goodnestone 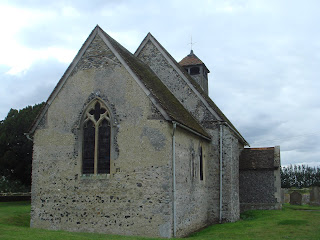 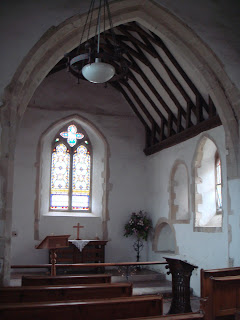 There are two places in Kent called Goodnestone: one has a picture-perfect estate village, a beautiful and well-used church, a stately home with delightful gardens, and a connection to Jane Austen. This is the other one. 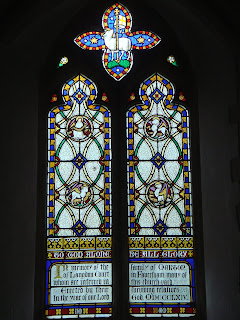 It's near Faversham, in north Kent, on the edge of Graveney Marsh. The advantage of being so far away from everywhere is that the church is largely unchanged since it was built, c.1100; the disadvantage is that it is now disused, though it's cared for by the fine people at the Churches Conservation Trust. 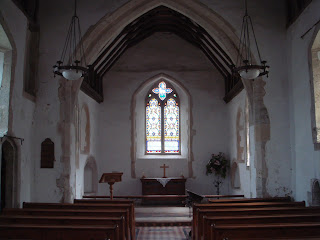 Unchanged means not extended, though you can't really get a sense even from this picture of how tiny it is. I was standing right against the back wall when I took it! 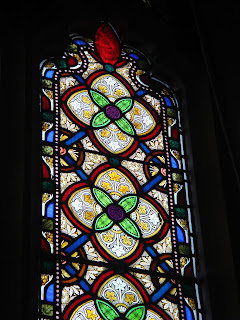 One of the nicest things about it is the stained glass, some of which is by 'the Father of Victorian Stained Glass', Thomas Willement. Willement lived not far away at Davington Priory, on the outskirts of Faversham, which I suppose is how St Bartholomew's got his attention. (Similarly, and not far away, the equally isolated Kingsdown was much beautified by a church designed by Edward Welby Pugin, son of Augustus). 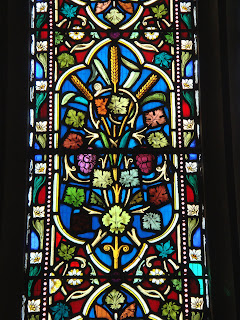 St Bartholomew's made me appreciate once more just how much stained glass, even of indifferent quality, can add to a church. "Colour fulfils where Music has no power", as Kipling puts it, especially in an otherwise plain and simple setting. There was something about the mixture of patterns in these windows that seemed to elevate the whole place; to reify light itself. 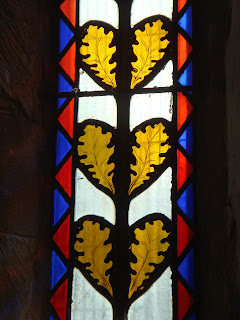 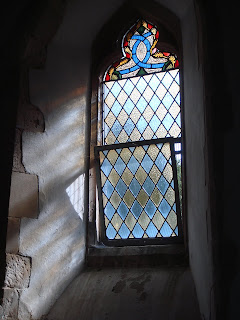 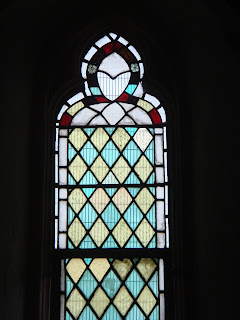 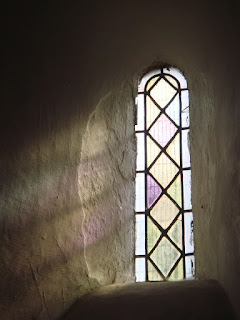 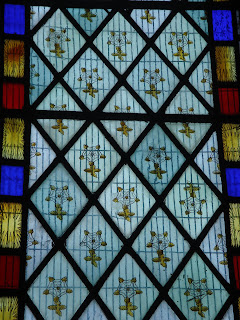 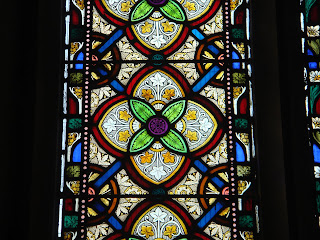 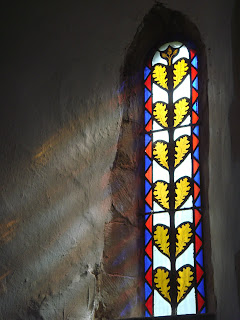