In Praise of Story 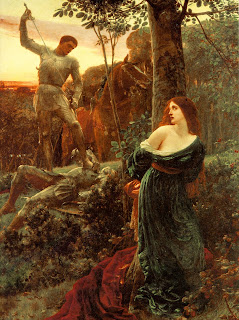 Come, my beloved, hear from me
Tales of the woods or open sea.
Let our aspiring fancy rise
A wren's flight higher toward the skies;
Or far from cities, brown and bare,
Play at the least in open air.
In all the tales men hear us tell
Still let the unfathomed ocean swell,
Or shallower forest sound abroad
Below the lonely stars of God;
In all, let something still be done,
Still in a corner shine the sun,
Slim-ankled maids be fleet of foot,
Nor man disown the rural flute.
Still let the hero from the start
In honest sweat and beats of heart
Push on along the untrodden road
For some inviolate abode.
Still, O beloved, let me hear
The great bell beating far and near -
The odd, unknown, enchanted gong
That on the road hales men along,
That from the mountain calls afar,
That lures a vessel from a star,
And with a still, aerial sound
Makes all the earth enchanted ground.
Love, and the love of life and act
Dance, live and sing through all our furrowed tract;
Till the great God enamoured gives
To him who reads, to him who lives,
That rare and fair romantic strain
That whoso hears must hear again. 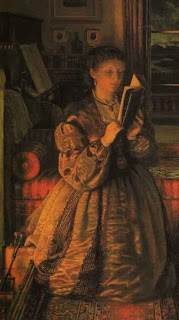 I love this poem. Who knew more about the 'rare and fair romantic strain' in literature than its author, Robert Louis Stevenson? If you have a little spare time, take a look at Stevenson's thoughts on the genre of romance:

In anything fit to be called by the name of reading, the process itself should be absorbing and voluptuous; we should gloat over a book, be rapt clean out of ourselves, and rise from the perusal, our mind filled with the busiest, kaleidoscopic dance of images, incapable of sleep or of continuous thought. The words, if the book be eloquent, should run thence-forward in our ears like the noise of breakers, and the story, if it be a story, repeat itself in a thousand coloured pictures to the eye...

Fiction is to the grown man what play is to the child; it is there that he changes the atmosphere and tenor of his life; and when the game so chimes with his fancy that he can join in it with all his heart, when it pleases him with every turn, when he loves to recall it and dwells upon its recollection with entire delight, fiction is called romance.