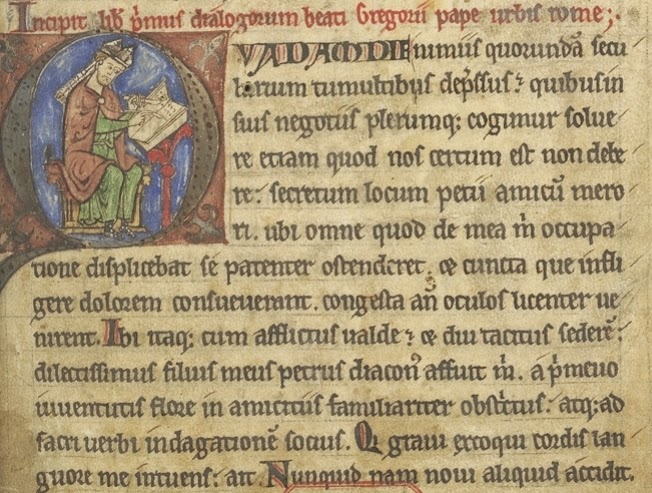 This is a Middle English translation of the Lent hymn 'Audi, benigne Conditor', by the Franciscan friar William Herebert (c.1270-1333):

Hear, merciful Creator, our prayers with weeping
In this holy fasting, forty days lasting.
Holy searcher of man’s thought, thou knowest our brittleness; [frailty]
To them who are turned towards thee, grant forgiveness.
Much, truly, we have sinned; forgive them that acknowledge it.
For the honour of thine own name, be physician to sinful man.
Grant us so to mortify the body outwardly with fasting
That our souls inwardly may fast from sinning.
Grant us, Holy Trinity, who in Godhead art one,
That the gift of Lent’s fast may be beneficial to man. Amen.

William Herebert was a prolific translator of Latin hymns into English verse, and the purpose of his translations was probably to aid in his preaching, making Latin hymns available to an English-speaking audience. To this end, his translations are often dramatic and memorable - once heard, they would stay in your head. This translation makes particularly skillful use of rhyme, both between and within lines: 'this holy fasting, forty days lasting' is my favourite example. It works much better read aloud than seen on the page; in lines 7-8, for instance, Herebert produces a very nice parallelism between fasting outwardly (wyþouteuorth) and inwardly (wyþynneuorth), the echo between the words underlining the point that one kind of fasting supports the other.

As for vocabulary, Herebert's language is always interesting as evidence of how extensive, flexible and creative Early Middle English religious vocabulary was. It's a vocabulary largely derived from Old English, and much of it is still recognisable today, although archaic: examples in this poem include mild ('merciful'), bones ('prayers' - as in 'boon'), leche ('physician'), ghost ('spirit, soul'), and brittleness ('frailty') - the last an especially poetic touch. In the opening phrase of the hymn, 'Lustne, mylde Wrouhte', Herebert translates Latin conditor, 'maker, builder' with a version of the noun wright (from Old English wyrhta), which gave us the second element in words like wheelwright and playwright. Herebert also uses this word in his translation of 'Conditor Alme Siderum' ('Holy wrouhte of sterres bryht'), whereas in his version of 'Veni Creator Spiritus' ('Com, Shuppere, Holy Gost') he translates creator with shuppere, from Old English scyppend, 'creator, one who shapes'. It's interesting to see Herebert making a deliberate choice about which word to use, and preserving the distinction between the Latin terms with the English vocabulary available to him.

Here's the Latin text of the hymn, which is attributed to Gregory the Great:

For comparison, here's a later English translation, from Hymns Ancient and Modern (translated by the compilers):

O Maker of the world, give ear
In pitying love vouchsafe to hear
The prayers our contrite spirits raise
In this our fast of forty days.

All hearts are open unto thee,
Thou knowest each infirmity;
Now, as we turn to seek thy face,
Pour down on us thy pardoning grace.

Help us to grow in self-control,
To make the body serve the soul:
So may thy loving-kindness bless
Our fast with fruits of holiness.

I found this hymn in my breviary and went searching for a translation. Your post gave me everything I was looking for and more. Thanks so much! The medieval translation is great.

I'm glad it was helpful!