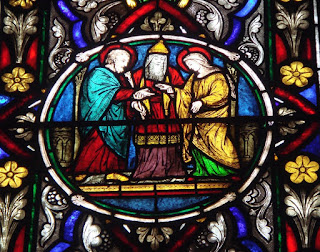 The marriage of Mary and Joseph (Doddington, Kent)

One of the most popular and most appealing genres of traditional carol is the "doubting Joseph" songs, which deal with the subject of St Joseph's puzzlement and distress at Mary's miraculous pregnancy, and his enlightenment by an angel. The source of the story is ultimately Biblical (Matthew 1:18-25), but it was much elaborated and enhanced in legend from the early days of the apocryphal gospels to the Middle Ages and beyond. Carols and ballads on this theme have been collected from folk tradition in England and North America - the most famous is The Cherry Tree Carol, in its many variant forms, but in the past I've also posted about two other traditional songs on this theme, 'Righteous Joseph' and 'Joseph being an aged man'. Today I want to post another carol on the same subject, 'Marvel not, Joseph', which survives not from folk tradition but from a medieval manuscript source; it makes a nice contrast to those other songs, as well as illustrating just how popular this subject has been throughout literary history. You can understand why - poor Joseph's predicament does capture the imagination!

3. "What the angell of God to me dothe say,
I, Joseph, muste and wille umble obay,
Ellys prively y wolde have stole away,
But now wille y serve here tille that Y day."
"Mervelle not, Josep.

4. Josep, thow shalt here mayde and moder fynde,
Here Sone redemptor of alle mankynde,
Thy forefaderes of paynes to unbynde;
Therefor muse not this mater in thy mynde.
Mervelle not."

This carol survives, with its music, in the Ritson Manuscript (British Library MS. Additional 5665), a manuscript of English and Latin carols, songs and motets which was compiled between c.1475-1510 at a religious house somewhere in Devon, possibly at Exeter Cathedral. I think my favourite thing about this carol is that the angel, in explaining what has happened, keeps saying 'Marvel not, Joseph' (instead of the Gospel's 'do not be afraid'), as if a miraculous pregnancy were a perfectly comprehensible, matter-of-fact occurrence, nothing to be surprised about. Yet what could be more marvellous than this miracle? There's a little bit of playful irony in that which is just lovely. And I like how the whole story - Joseph is puzzled, the angel explains, Joseph accepts the explanation, the angel responds - is all told through dialogue; they have a verse each in turn, and the refrain winds their speeches together with that wonderful phrase, 'Marvel not'. Some of the early versions of this story in English appear in medieval drama, in the mystery plays, and there is something inherently dramatic about it; it forms a counterpart to the many carols about the Annunciation, in which dialogue also plays such a crucial role.

Marvel not, Joseph, at Mary mild;
Forsake her not, though she be with child.

1. "I, Joseph, wonder how this may be,
That Mary is pregnant when I and she
Have ever lived in chastity;
If she be with child, it is not by me."
"Marvel not, Joseph.

2. The Holy Ghost, with merciful descent,
In her hath entered without offence, [injury]
God and man are conceived by His presence,
And she is a virgin pure without violation."
Marvel not, Joseph."

3. "What the angel of God to me doth say,
I, Joseph, must and will humbly obey,
Else I would privily have stolen away;
But now will I serve her till I die."
"Marvel not, Joseph.

4. Joseph, thou shalt her maid and mother find,
Her Son, redeemer of all mankind,
Thy forefathers from pain to unbind;
Therefore muse not this matter in thy mind.
Marvel not, Joseph."

Here's a performance sung in something closer to modern pronunciation. 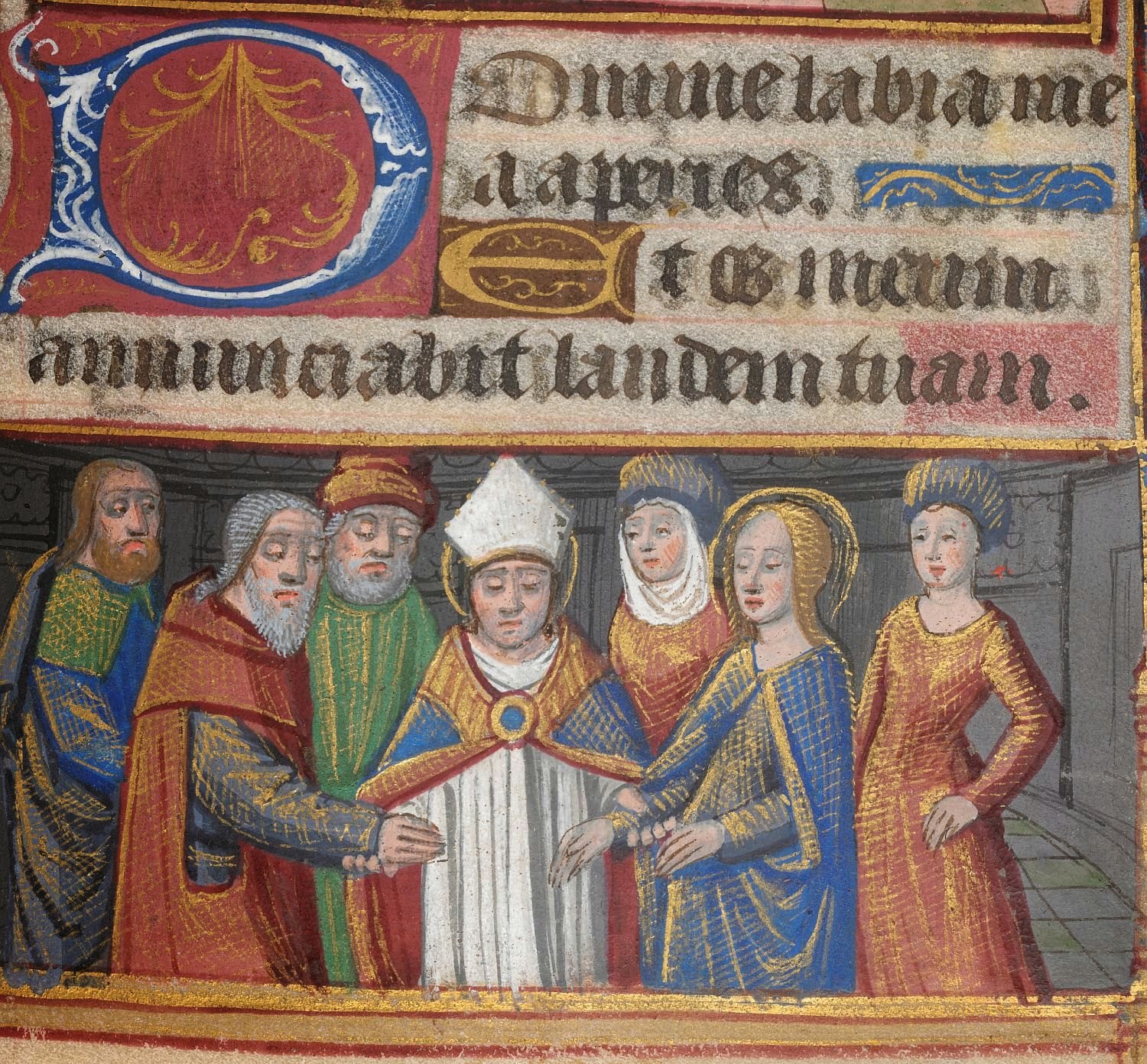 If you would like a print (free gratis) of the Wells Cathedral drawing, please let me know.

That would be wonderful! I'd love one.