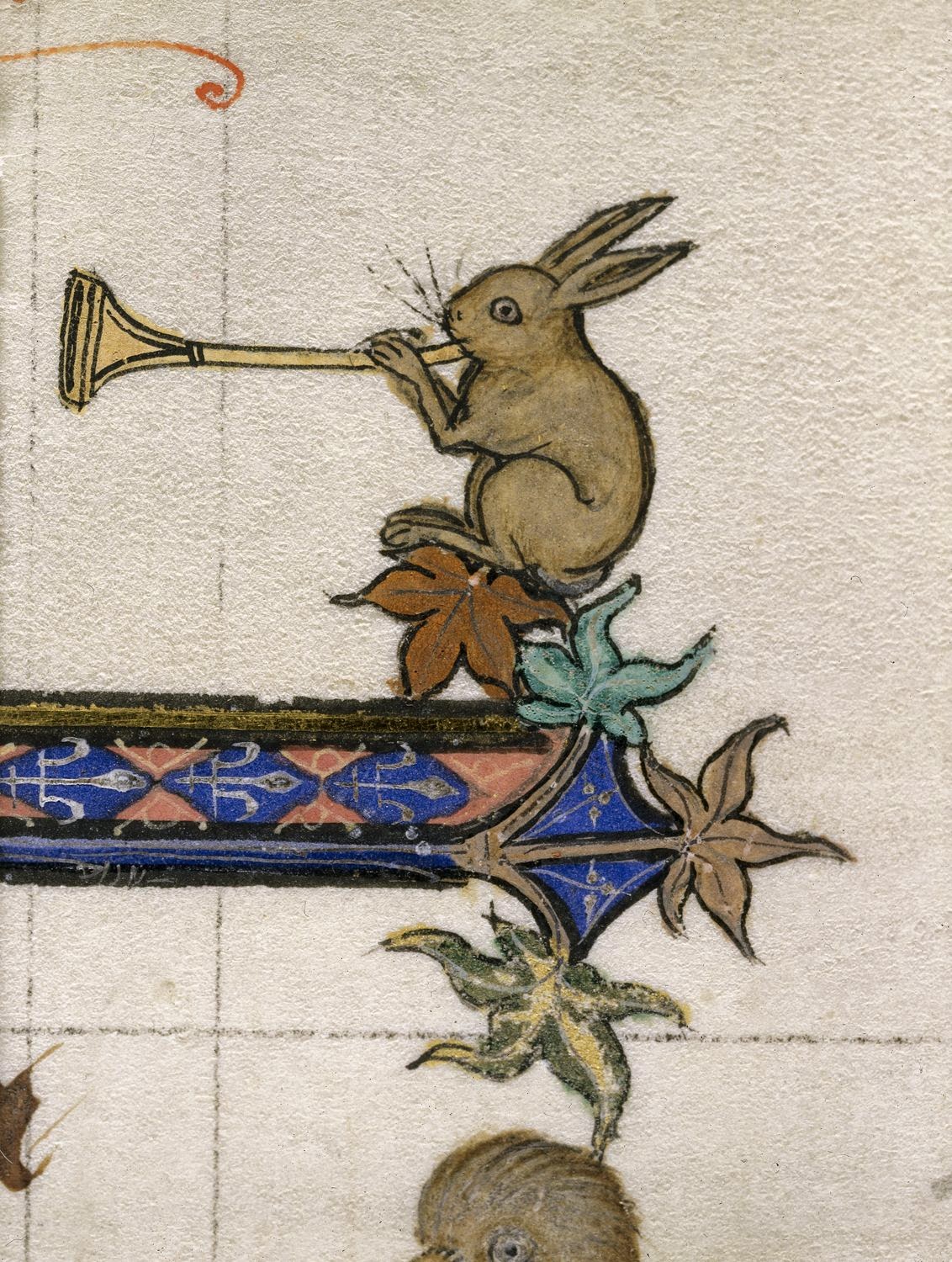 From The Demaundes Joyous ('Amusing Questions'), published by Wynkyn de Worde in 1511:

Demaunde: Which is the brodest water, and leest jeopardye to passe over?
A[nswer]: The dewe.

[Which is the largest body of water, and the least dangerous to cross?
The dew.]

Demaunde: What thynge is it that never was nor never shall be?
A: Never mouse made her neste in a catte's ere.

[What thing has never happened and never will happen?
A mouse never made her nest in a cat's ear.]

Demaunde: Why dooth a dogge tourne him thryes aboute or that he lyeth hym doune?
A: Bycause he knoweth not his beddes hede from the fete.

[Why does a dog turn round three times before he lies down?
Because he doesn't know the head of his bed from the foot.]

Demaunde: Why dryve men dogges out of the chyrche?
A: Because they come not up to offre.

[Why do men drive dogs out of church?
Because they don't bring up offerings - or 'they don't put money in the collection plate'...]

Demaunde: Why come dogges often to the chyrche?
A: Because whan they see the aulter covered, they wene theyr maysters goo thydere to dyner.

[Why do dogs come into church so often?
Because when they see the altar covered with a cloth, they think their masters are about to have dinner.]

[Which saints in the church do the most good?
The ones in the glass windows, because they keep out the wind which blows the candles out.]

[What kind of people get their living with most enjoyment?
Priests and fowlers, because one sings and the other dances.]

And some more from here:

D: How many calves' tails would it take to reach from the earth to the sky?
A: No more than one, if it be long enough.

D: What is the distance from the surface of the sea to the deepest part thereof?
A: Only a stone's throw.

D: Why do men make an oven in a town?
A: Because they cannot make a town in an oven.

D: How may a man discern a cow in a flock of sheep?
A: By his eyesight.

D: Why doth a cow lie down?
A: Because it cannot sit.

D: What is the worst bestowed charity that one can give?
A: Alms to a blind man: for he would be glad to see the person hanged that gave it to him.
Posted by Clerk of Oxford at 7:00 pm