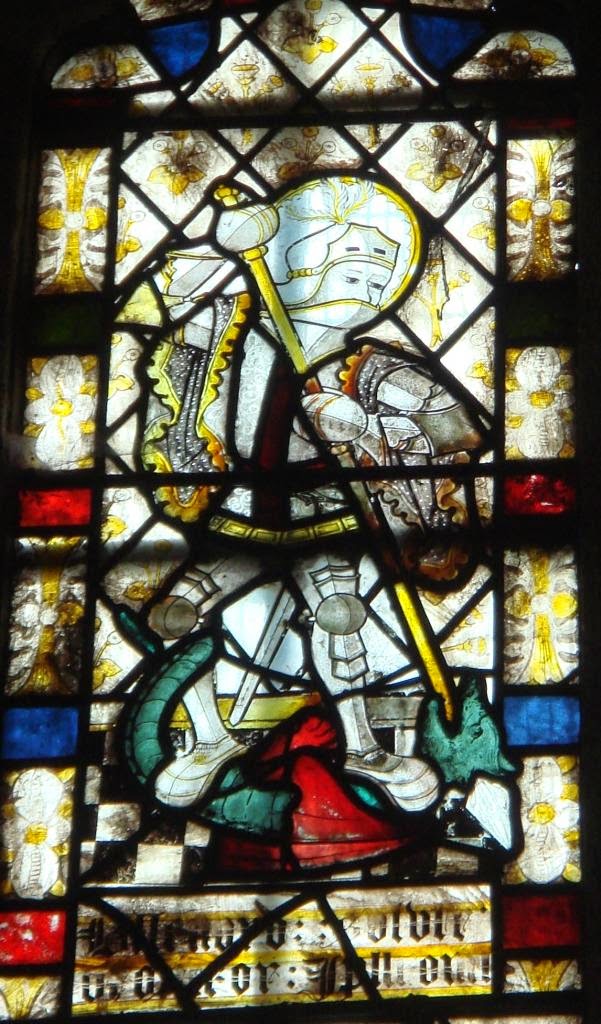 Enfors we us with all our might
To love Seint George, our Lady knight.

Worship of virtu is the mede,
And seweth him ay of right:
To worship George then have we nede,
Which is our soverein Lady's knight.

He keped the mad from dragon’s dred,
And fraid all France and put to flight.
At Agincourt, the crownecle ye red,
The French him see foremost in fight.

In his virtu he wol us lede
Againis the Fend, the ful wight,
And with his banner us oversprede,
If we him love with all oure might. 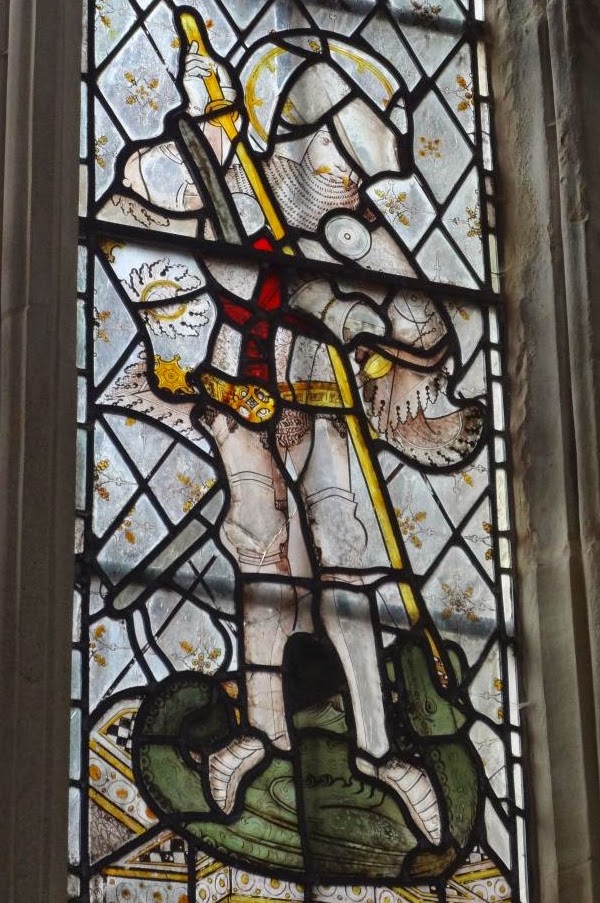 This fifteenth-century carol to St George comes from BL Egerton 3307. Here's a translation:

Let us do our best, with all our might
To love St George, our Lady's knight.

Honour is the reward of virtue
And always rightly follows it,
So we ought to honour George
Who is our sovereign Lady's knight.

He saved the maiden from the threat of the dragon
And scared the French and put them to flight.
At Agincourt, as we read in the chronicle,
The French saw him foremost in the battle.

With his power he will lead us
Against the devil, that wicked creature,
And spread his banner over us,
If we love him with all our might.

The reference in the second stanza is to the legend that St George had appeared above the battle at Agincourt in 1415 and brought victory to the English. (The manuscript in which this carol appears is dated to between 1430 and 1444, so this is an up-to-date reference.) 'Our Lady's knight' is to be taken quite literally: in medieval tradition St George was closely associated with the Virgin, and one strand of his legend tells how she brought him back from the dead to fight the dragon. This story is illustrated in the following image from a 14th-century Book of Hours (BL Yates Thompson 13, f.154), where the Virgin appears to St George in his tomb and gives him a coat of mail... 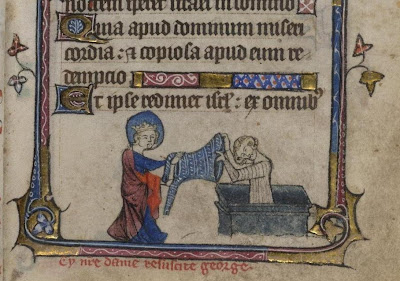 ...while from the facing page a handy angel brings him a horse and shield: 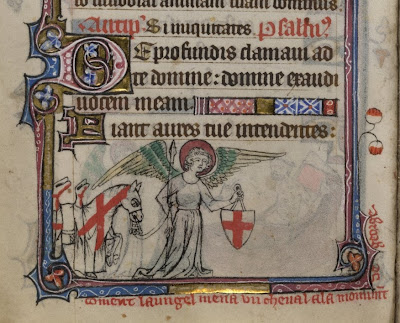