'The Time is All Run' 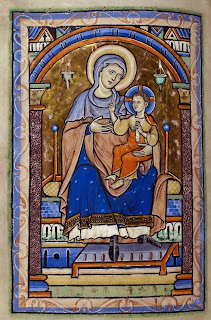 Today I thought I would revisit a beautiful Advent carol which has been running around my head recently. It has an unusual subject: Mary looking forward with joyful expectation, during her pregnancy, to the birth of her child. She imagines herself singing lullabies to the baby and playing with him, and then, later, hearing him teach the Gospel. She pictures a happy future for herself and her holy baby, but she can only see so far; she does not foresee his suffering, his death, or his resurrection. I don't know of any other carols on this theme, at least not spoken in the voice of the Virgin herself; more common are carols where the infant Christ tells his mother of the future that will befall him, to her surprise and distress (such as 'This endris night' or 'Sing now, mother'). Those are poignant and rather unearthly, but this is a homely, domestic, cheerful kind of scenario - really just a lovely subject all round.

There is a note in the fifteenth-century manuscript (Bodleian Eng. poet. e.1) which suggests this carol was written to fit the tune of a secular song called "Now must I sing". That song has not survived, but might possibly have been about a forsaken woman lamenting that she is pregnant, in which case this carol is a 'translation' of the theme to a joyful, religious context. For the opening, where the narrator wanders alone in the woods and overhears a woman speaking, compare this song of an earlier date. 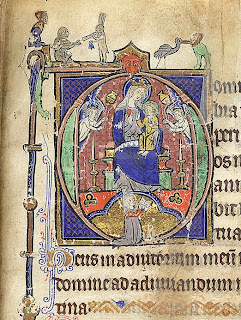 Nowel, nowel, nowel,
Syng we with myrth:
Cryst is come wel
With us to dwell
By hys most noble byrth.

Under a tre
In sportyng me
Alone by a wod syd
I hard a mayd
That swetly sayd,
"I am with chyld this tyd.

Gracyusly
Conceyvyd have I
The Son of God so swete;
Hys gracyous wyll
I put me tyll
As moder hym to kepe.

Both nyght and day
I wyl hym pray
And her hys lawes taught,
And every dell
Hys trewe gospell
In hys apostles fraught.

Withowt dystresse
In grete lyghtnesse
I am both nyght and day;
This hevenly fod
In hys chyldhod
Schal dayly with me play.

Soone must I syng
With rejoycyng
For the tym is all ronne
That I schal chyld
All undefyld
The kyng of hevens sonne." 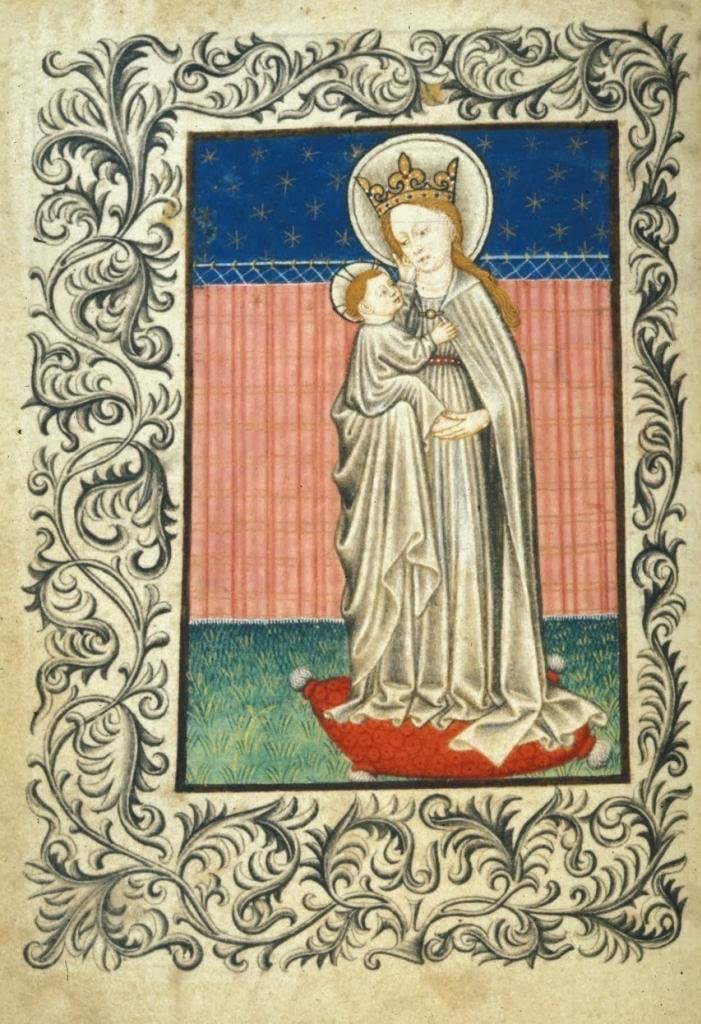 This ghostly case [holy act]
Doth me embrace,
Without despite or mock,
With my darling,
Lullay to sing,
And lovingly him to rock.

Soon must I sing,
With rejoicing,
For the time is all run,
That I shall child,
All undefiled,
The King of heaven's Son." 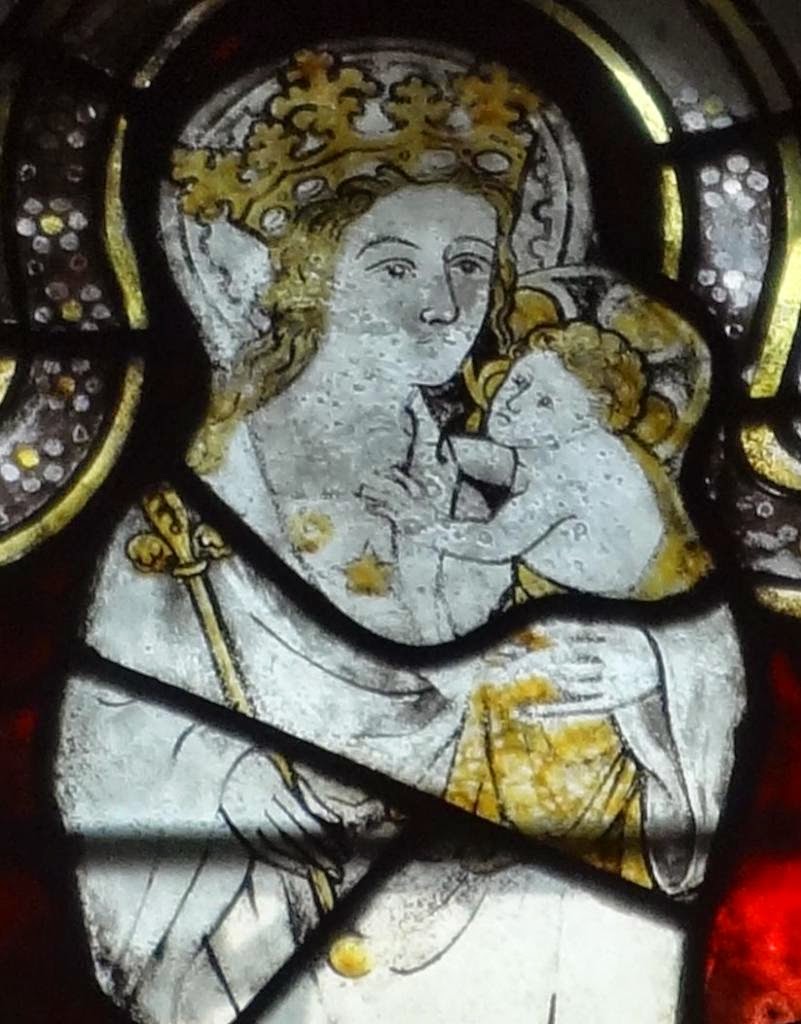 Virgin and Child (Fordwich, Kent)
Posted by Clerk of Oxford at 4:42 pm