Oxford Interviews: Not That Much Fun 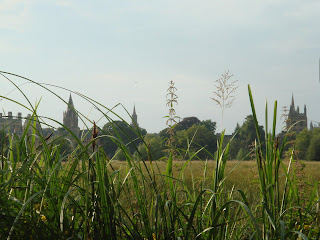 OK, I'll bite. Normally when stories about Oxford interviews appear in the national press I just roll my eyes and turn the page, because they're always inaccurate, irrelevent and, most of all, boring. They always go the same way:

So I tried to ignore this story which is in the news about a kid who wrote a 'rejection letter' to Magdalen College after being interviewed there; all over my facebook page Oxford students are protesting that Oxford isn't elitist and she's just bitter, and it's all the same argument as usual. Her letter is indeed fairly silly and pretty badly-written (heaven defend us from teenagers who think they can be witty!) but she obviously has a flair for self-publicity, so good luck to her.

The thing that got to me about this story, and which made me unable to ignore it, is that I too was interviewed at Magdalen College, more than eight years ago now. It was the most miserable experience of my life. Magdalen is a beautiful place and the person who interviewed me is, I now know, an extremely talented literary scholar; but I have never, ever felt as unhappy and lonely and lost as I was after that interview, and so I do think this girl, silly as her letter is, raises a useful point.

Oxford interviews are often not much fun. The letter-writer complains that the college took it too seriously, but that isn't the problem; it's a serious matter, and it's quite right that tutors who conduct interviews should take the responsibility of it very seriously indeed. They work hard to make sure they choose the right students for their college. But it's important to remember that not every student who is bright enough to be at Oxford is the right fit for every college, and that quickly becomes apparent at interview. It is heart-wrenching to be in an ancient, venerable institution which by reputation you already love (Magdalen, home of C. S. Lewis and Oscar Wilde, my teenage self's ill-assorted heroes!) and to which you sorely want to belong - and yet to find out that the people there are not like you; you don't belong there, and they know it as well as you do. I didn't belong there; I still don't, even now, eight years later, with my First Class Honours from Oxford, my Master's degree, and my soon-to-be-obtained doctorate. I'm not listing those things to boast - I'm using them to suggest that it's not about academic ability. I'm very glad I didn't get into Magdalen, but was accepted by another college, and have been at Oxford ever since. I've been happy; I've done well. I still think I would have been miserable at Magdalen.

I don't blame Magdalen for this. I blame my state school, who didn't have the faintest idea how to prepare me for the interview; I blame myself, for being so shy and awkward; and I blame Oxford, a little, for perpetuating the fiction that all colleges are the same and that it doesn't really matter which one you apply to. That's simply not true. Magdalen, because it's famous and beautiful, attracts a high number of applicants and is thus statistically harder to get into. I wish someone had told me that when I applied. Furthermore, from my experience of Oxford over the past nine years, I have also seen that Magdalen has a college culture in which extremely self-confident people particularly shine. There's nothing wrong with either of those facts, but the truth is that not all old, beautiful colleges are like that, and if I'd known a single thing about the Oxford admissions process I would never have applied to Magdalen in a million years. It's just a bad fit for me.

If you find this post because you're a state school pupil who wants to go to Oxford, take heart: if you love learning and you want to enjoy everything Oxford has to offer, you really can do that. I dreamed about going to Oxford all through my teenage years, but it always seemed more or less impossible for someone like me. My unhappiness at my first encounter with Magdalen was the misery of disappointed love and a shattered dream; but nothing since that has disappointed me here, and it has been better than my best dreams. I love Oxford and I am immensely grateful for my time here - though everything about its way of life baffles the people I went to school with!

If you come here, you will not be discriminated against in any way. But it's a big university and you will like some parts of it more than others. There's no point pretending that you won't meet people who make you feel bad about yourself - even without meaning to - because a lot of the people here are extremely intelligent, prosperous, confident, beautiful and happy. That's the nature of the place. If you're lucky, it will teach you to learn how to value yourself at your real worth - to see what you have that other people don't, and to understand how to use it. If you can learn how to distinguish between what is important and what merely claims to be important, you'll gain more from your time here than a degree with an impressive name.


P.S. I really think that demystifying the differences between colleges would help a lot in giving people unfamiliar with Oxford a fair chance in the applications process. So, these are some of the colleges at which I think I, as a shy, academically-minded state-school-educated eighteen-year-old, would have been happy (I'm not saying anything specifically against the others - I don't have experience of them all - but these are where I would think first of applying to now):

Brasenose
In my experience it's hands down the most friendly and welcoming college in Oxford.

St Hilda's
The college who took me when Magdalen wouldn't, and who gave me a positive, generous, encouraging experience at my interview.


My advice would be to at least look at those before you check out the big, intimidating colleges, at least if you're as much of a wuss as teenage me was. 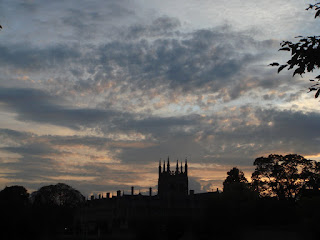 P.P.S. This girl has a point in complaining they didn't give her a glass of water. Those tiny things count. I still remember how it nearly made me burst into tears when one of the scouts at Magdalen was kind to me, while the academics were so distant. It was very cold that winter, and I was huddled up under a duvet in the room they'd allocated me, freezing and desperately trying to cram for the interview; I can't remember what she said, but she was sympathetic and gently kind, human. A smile like hers from the person who interviewed me would have made worlds of difference.
Posted by Clerk of Oxford at 3:47 pm