Parishioners and Troublesome Priests at Fordwich 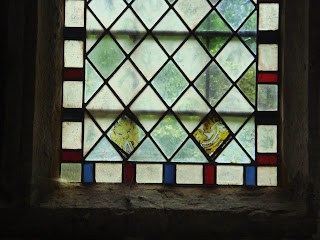 I've been reading a charming book today: A History of the Town and Port of Fordwich, written in 1895 by a clergyman named C. Eveleigh Woodruff. I intend to post about lovely little Fordwich in the next few days with some more extracts from this book, which is full of great snippets - but for now just let me bring to your attention these amusing stories about trouble between priest and parishioners.

The first dates from 1577. In that year the parish complained to the Archbishop of Canterbury about their rector, William Smith, claiming:

We say that our parson cometh to the Ale house, then he goeth home and falleth out wyth his wife unhonestly.

The charges against Smith were dismissed, but he clearly continued to have problems with his parishioners: around the same time he appealed against John Elmer, one of the church's sidesmen, "for that he called him knave and cock-brayned foole". Ouch!

Just over a century later, in 1713, the vicar was a man named John Nicholls. This incident happened when Nicholls was in his previous post as vicar of Sheldwich:

He was engaged to preach a course of sermons in Selling Church during a vacancy in that benefice. He chose for his subject the history of Joseph, and continued to discourse thereon for five Sundays. The agreement with the Churchwardens was that he should receive ten shillings per sermon, but the authorities did not approve of this perpetual harping upon one string; accordingly Churchwarden Hogben, meeting the preacher after Church, made answer to the enquiry as to whether his services would be required again, "Why no Sir I think not; I have given you fifty shillings for carrying Joseph into Egypt, and I will not give you ten shillings more to bring him back again."

Five Sundays! That poor congregation. Nicholls was a supporter of Queen Anne, and upon the accession of George I in 1714 he preached a pointed sermon at Fordwich against the new king. He might have thought that in his sleepy church no one would object, but he was reported to the authorities by Colonel Short, the inhabitant of the Manor House, and suspended. In time he was returned to his post:

but does not appear to have forgiven Colonel Short for his share in the matter, for on that worthy’s decease, in 1716, the wrong evidently still rankled, and in the parish register the following remarkable entry appears – ‘Buried Samuel Short Esquier and Informer!’.

Nicholls was also involved in a dispute with a parishioner named Thomas Jennings, and when Jennings’ daughter was baptised the Rector made the following note in the register:

Dorothy daughter of Thomas and Susan Jennings baptised, to whom I pray God grant more grace than he has given to the parents.

For all this Nicholls was apparently popular in the town and was twice elected mayor, the only Rector of Fordwich to hold that post. One of his daughters married an ancestor of the author of this book, Mr Woodruff, and the other daughter Catherine married a man named Thomas Mantell of Chilham (presumably a relative of this fellow). Fordwich is now a redundant church, without a vicar; I assume not because its previous incumbants were so difficult to get on with!


All quotations from C. Eveleigh Woodruff, A History of the Town and Port of Fordwich, with a transcription of the XVth century copy of the Custumal (Canterbury: Cross and Jackman, 1895).
Posted by Clerk of Oxford at 1:04 pm