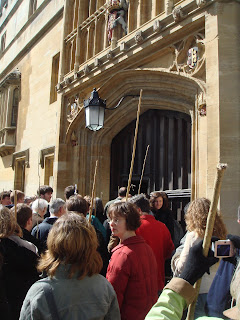 I thought a few of my readers might be interested in pictures of some of Oxford's Ascension Day traditions. Like many parishes in England, the city centre churches here continue the ancient practice of 'beating the bounds' of the parish, because it's Rogationtide, the time when you pray for blessings for your land. There's not a lot of farmland in central Oxford but there are a lot of fertile young minds, and they need blessings as much as anyone.

I went beating the bounds with the parish of St Michael at the Northgate in 2008, when Ascension Day fell on May Day (another important day in Oxford - but that's for another post...) The way it works is that a group of clergy and parishoners take long sticks of wood and walk around the perimeter of the parish, marking boundary stones with a prayer and a ceremonial beating (of the stone, not of people). The boundaries fall right in the middle of, for instance, Oxford's Cornmarket: 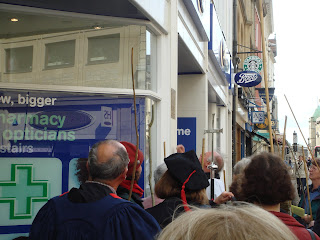 And inside Marks and Spencers (ladieswear section, in case you were wondering): 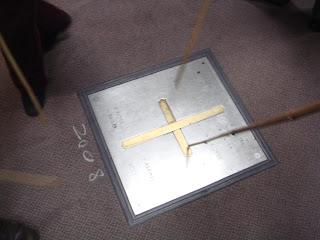 And the back wall of a restaurant: 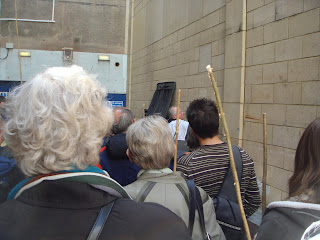 But also in the more beautiful Brasenose Lane: 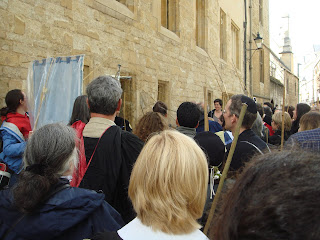 And the wall of the Bodleian Library: 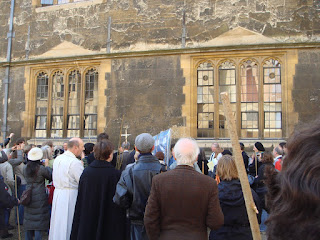 What they do is write a cross, with SMNG around it (for St Michael at the North Gate) and then the date: 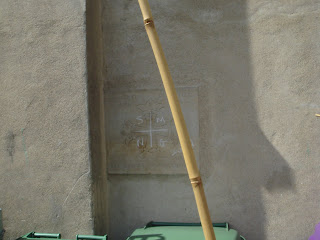 The chalk markings build up over the years, and where two boundaries meet, you can see the evidence - as here outside Brasenose College Office, where the boundaries of St Michael's and St Mary the Virgin join: 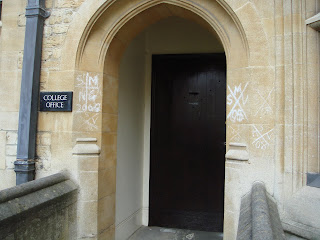 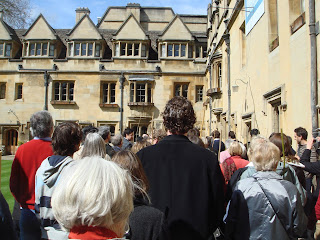 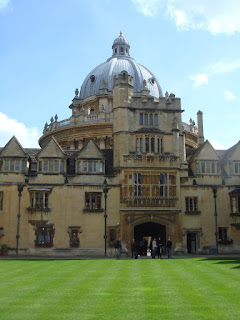 (This sounds like one of those Oxford myths, but I assure you, it really happens.)

There Brasenose students are served with free beer, laced with ivy, supposedly in reparation for the fact that Lincoln once, in the time of town riots in Oxford, refused to admit a Brasenose student who was being chased by a mob. Having drunk the disgusting beer, we gather in Lincoln's beautiful quad to watch pennies being thrown from their tower to waiting children below. It's an eccentric form of almsgiving! 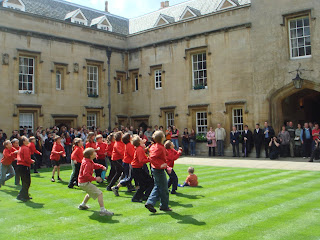 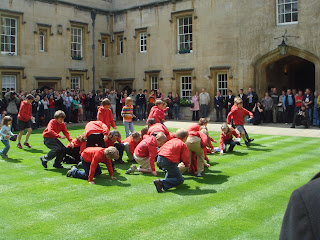 They scrabble for pennies. We all learn a lesson about greed. It's pretty great.
Posted by Clerk of Oxford at 10:44 am